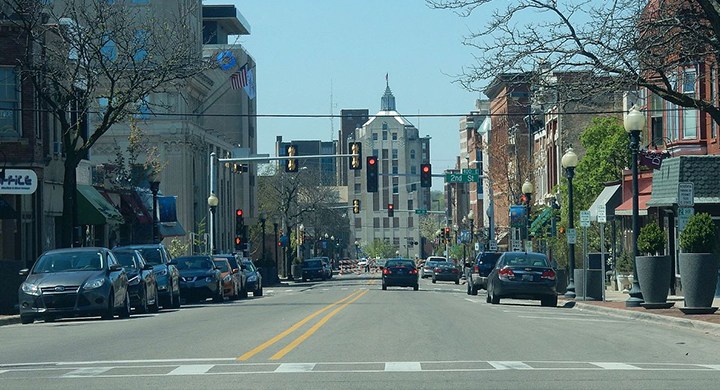 ROCKFORD, Ill. (WTVO) – Rockford will receive more than $ 16 million from the federal government and the money will be used to repair Chestnut and Walnut Streets.

City guides said the project will better connect all parts of the “forest city” and encourage city-wide growth.

Part of the grant will mean better accessibility to the city center for pedestrians and cyclists.

An avid cyclist in town, Kerry Knodle is optimistic that a change will soon come to help local cyclists.

“I know the city has set up bike paths in many areas. We need more of that, signage and driver training, ”said Knodle. “I cycle at least 3 to 4 times a week. I go anywhere from a few miles in the neighborhood to 20 to 30 mile trips in the country.”

“I believe the sidewalks and the cyclists need to be improved,” said McNeely. “There aren’t many bike paths down there, so that’s an improvement for those who cycle.”

Knodle said that as a cyclist, he has two main concerns.

“For me, security and connectivity are the most important things,” said Knodle. “For those who depend on a bike or transportation to get to work or shopping to get there safely.”

While Knodle believes it’s okay for downtown to get support, he believes Rockford as a whole should get the same amount of attention.

“My interest would be to bring the functionality for bicycles to all parts of Rockford and not just concentrate in the city center,” said Knodle.

“I think it’s improving fast, and I hope this new investment of federal or state dollars or wherever they get it will help with that,” Knodle said.

Senator Dick Durbin said this would make some important improvements.

“Rockford is a great city and most cities need inner-city revitalization,” said Durbin. “This will be a great investment in safe roads and I think it will help all of the trade in the area.”

The city will also use the funds to add three more electric buses to RMTD and support charging infrastructure as the state increases its electric footprint.