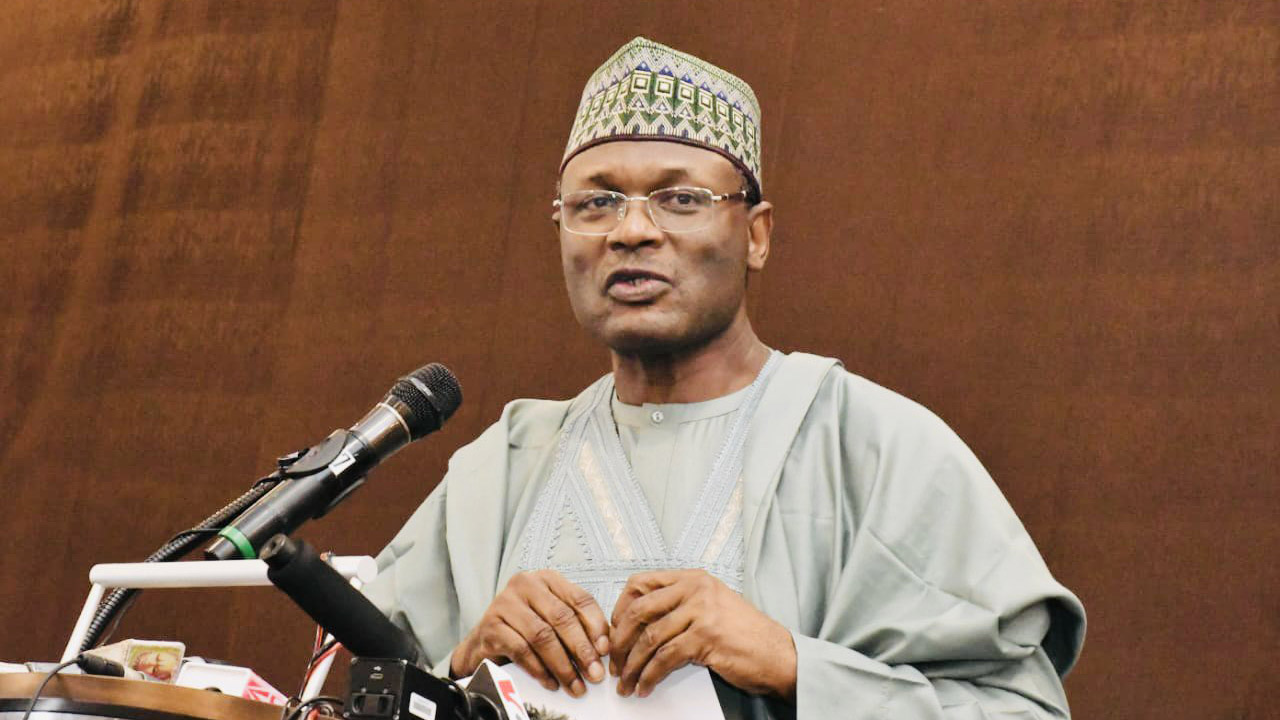 “I want to remind the Black Ministry, and indeed all Black people, that God is not in the habit of coming down from heaven to solve the problems of people on earth.” (Steve Biko)

I want to draw on the brilliance of Steven Biko, one of the original black consciousness heroes and South African anti-apartheid activists, to counsel all of us, the downtrodden people of Nigeria, to lament the broken walls of Nigeria and the incredible ignorance of the ruling class and the desperation of the villains fighting to succeed the outgoing mediocrity in power is not a strategy, after all. Yes, whining is not a strategy. And so I want to remind all the good people in Nigeria who would like to see a better Nigeria after May 29th, 2023 that the same God that Steve Biko referred to is not in the habit of coming down from heaven to solve the problems of people to solve electoral problems on earth. This means we can read God’s mind through His words, which He exalted above His name. He has revealed to us that he is not deceived, whatever a man sows, he will reap. He also revealed to us that only good trees can produce good fruit. He also clearly warned us that we cannot continue to sin for grace to abound. He says he forbids that, and therefore we cannot take his mercy for granted. Here’s the thing, all concerned Nigerians should note that the 2023 election will have consequences upon consequences. It is indeed a time of consequences. The elections will decide whether we should carry on with our failing country or continue with nation building. Electoral authority INEC over the weekend reassured the Nigerian media aristocracy that we should expect electoral justice in 2023. This is a credible promise as the election commissioner has demonstrated through the recent staggered elections that INEC can indeed organize a remarkably free and fair election. All that is needed right now is how we organize ourselves to defeat the bearish forces desperately trying to continue our downtrend. We must stop the desperate executive bandits and monsters who want to keep plundering for themselves and their families. The 2023 elections are momentous. Young and old should organize themselves instead of torturing themselves.

The reasons are not too far to seek. In a sense, for example, we can lay claim to Nigeria, as I said here, Nigeria, We Fail Thee! We’re supposed to shout “Nigeria We Hail Thee” according to the old hymn. But even in this time of toadyism, there is nothing concrete about which to praise Nigeria. There is no doubt that the angry young people who will have access to the citizen magazines on digital platforms today will repeat an earlier title from Toyin Dawodu (2014) Nigeria, We Hate Thee. October 1st, 2022 staring us in the face should be a day when we really celebrate our great country. But it will soon also prove to be a day of reflection on the 62 years that the locusts greedily ate. It is also a day fit for the locusts to know that we should tell them we are now aware because they ate our tomorrow for their today. The 2023 elections will be a real opportunity to show that people can change and shape their destiny. Also, we must advise the boys to get organized instead of agonizing over the locusts. By the way, they organized the very important #EndSARS 2020. We should trumpet to them again that whining on social media is not a strategy either. You need to move from that sweet nothingness called rhetoric to areas of action where we should embrace that weapon called execution – the discipline of getting things done. So it’s time to save up to buy more “insecticides of mass destruction” to deal with the raging locusts that are always eating up our national assets and our virtues. Finally, it is time to give the youth some information about the power of skill building and research at a time like this. And purposeful research is about one thing; General election 2023. You may be wondering why I’m getting excited again about the 2023 election. I’ve been thinking about a 2009 statement by the first African American President, Barack Obama, that “elections have consequences.”

On January 23, 2009, President Obama said, “Elections have consequences, and at the end of the day I won.” That’s when President Obama snapped at Republicans after his 2009 election, when he didn’t have to worry about compromise when his Democratic Party controlled both the House of Representatives and the Senate. So the same Obama introduced radical measures, including ObamaCare among others. And in 2014, voters took notice and voted against the Democrats in Congress in record numbers. Regarding Hurricane Obama, it then said: “You said it, Mr. President: elections have consequences. Because you lost in 2014, Republicans can now reject your Supreme Court nomination. And should…” It then came about when Democrats were in the minority and Republicans were trying to delay confirming Neil Gorsuch in the Supreme Court, despite President Obama telling Senate Republicans to go nuclear if necessary, reminding the President the power in his words that “elections have consequences”. Again, finally in 2016, words came back to Obama as the outgoing president when he campaigned to make Hillary Clinton his successor as the Democratic Party nominee. In the end, Mrs. Clinton didn’t win and the world once again saw the power in these words: “Elections have consequences”. Hurricane Donald Trump came, saw and redefined “the West,” and ended up tweeting “America’s Great State of Emergency.” Such were the consequences of elections even in America, their America, as the legendary JP Clark calls it in a book title.

Those words have had some influence on me over the past few months as I ponder how Nigeria’s power elite, sponsored by the Federal Republic of the Nigerian Army (according to General Chris Ali), has failed Nigeria, the world’s most populous black nation Has. I believe that the young people who want real change for development should take the slogan to every nook and cranny of this country: “We were naive. We didn’t know what General IBB and his men knew in 1993 when they refuted the wishes of the people expressed in the 1993 general and presidential elections. We fought him and ran away. He too fled on August 26, 1993 to Minna, the capital of Niger State. And democracy was destroyed when the self proclaimed prince of Niger killed the consequences (dividends) of our elections. Even after the sudden death of the symbol of democracy and the June 12, 1993 elections, Chief MKO Abiola and the People’s Mandate usurper-in-chief, General Sani Abacha, the same military cabal still deployed one of their own, General Olusegun Obasanjo, as President in 2009. We all felt the consequences of his election and re-election in 1999 and 2003-2007. As we fell asleep in 2007, the nation’s skilled soldiers once again put on a candidate they knew was unhealthy. And while the men slept soundly, the sick candidate resisted every effort to find him a strong comrade-in-arms.

We all saw the fallout of the unprepared President Goodluck Jonathan’s election in 2011-2015 after he completed his director’s truncated tenure of 2010-2011. Behold, the aftermath of the 2011-2015 election paved the way for the 2015 election that excited us all celebrated: that indeed a man of integrity had been elected whose body language alone could literally improve the electricity and indeed the economy. Didn’t we see the aftermath of the 2015 election? The government that emerged from the 2015 elections is struggling with a two-point agenda, namely “tackling insecurity and corruption”. As has been noted several times here, the President may have received some praise for the two-point agenda from some of the media in recent weeks, but they cannot be characterized as very significant in this context. Corruption appears to have technically obliterated the “new sheriff in town,” Malam Garba Shehu, who was introduced to us in 2015.

Insecurity and corruption in particular are a growing concern for all governments in the country. Are there government institutions or social services that the nation can be proud of – from education, healthcare, electricity/energy, road construction and maintenance to aviation? These are consequences of the elections from just 1999 – until 2022/23.

We’ve read enough about the patriotism of the founding fathers who built this nation and gave us independence. Today we should speak to those who tore down the house and abandoned Nigeria. Now, under the eyes of today’s leaders, we no longer write about Nigeria or the federal and state governments. We are now writing about the presidency or president Obasanjo/Yar’Adua, Jonathan or Buhari or governor of this or that or governor of this or that government. There is neither Nigeria nor a federal government to which anything can be attributed. We give all the credit to mere men in power. President this or governor authorizing road repairs from one city to another: no more reference to the federal or state governments in our media parlance.

As I once asked here, where did the rain actually start hitting us? On October 1, 1960, Sir Abubakar Tafawa Balewa, Nigeria’s first Prime Minister, who on Independence Day opened the first chapter in Nigeria’s history, had stated, among other things, in his speech entitled “I Dedicate Myself to the Service of My Country”: “…At This As our constitutional development entered its final stages, the focus was largely on self-government: we, the elected representatives of the people of Nigeria, focused on proving that we were fully capable of managing our affairs both internally and internally and as a nation, but we could not afford the selfish luxury of focusing our attention on our own four walls…”

When will we have leaders to serve this country today? In today’s country, our leaders, who have failed to develop our roads and transportation infrastructure, are plundering our treasury to buy private jets to fly over the bad roads. Our leaders who have failed the nation by refusing to equip public schools and retirement homes to start good private schools and universities that real people’s children cannot attend. Nigeria is poor, dejected and almost out, but its rulers always have enough war chests to run for public office at any time. You complain as a candidate that Nigeria cannot make it unless the public oil company, the Nigerian National Petroleum Corporation (NNPC), is reorganized or even privatized. But when they get into the same office they accused of corrupting NNPC’s operations, they are sabotaging the same oil company’s reform. Where will the song of salvation go when the legislature, which gives organic law the power to oversee public funds, becomes the “law scavenger”? Next up is civic education on electoral consequences.

On This Day in History – September 17 – Almanac