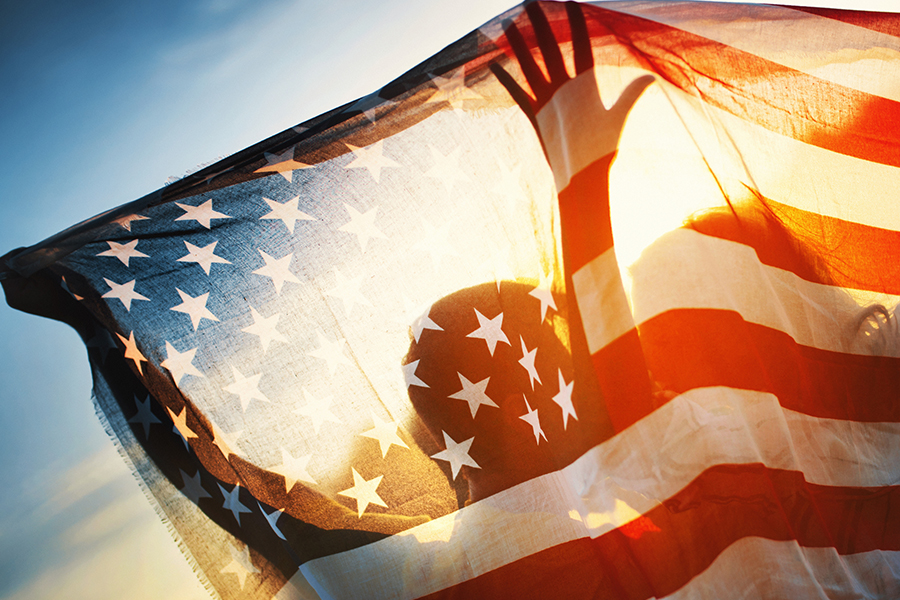 Charles Stewart III is the Kenan Sahin Distinguished Professor of Political Science at MIT and a renowned expert on US election administration. As a founding member of the influential Caltech / MIT Voting Technology Project, Stewart also founded MIT’s Election Data and Science Lab, which recently partnered with the American Enterprise Institute to publish an important report: Lessons from the 2020 election. MIT SHASS Communications asked Stewart to provide some additional insight into the state of the US election before the November vote.

Q: The United States has a decentralized system of election administration, which means that local jurisdictions have a great deal of control over how votes are collected and counted. What are the pros and cons of this system – especially at this moment when party political efforts are heavily focused on election administration?

A: The advantage of the American decentralized system is that the basic parameters for voting people are set locally. This has helped instill great confidence among voters in the counting of their own votes. Historically, the greatest drawback has been that America’s anti-democratic pockets – think of the Deep South Voting Rights Act before it was passed – were able to brutally suppress votes at times.

At present, however, all major issues have been nationalized and all political decisions – including voting decisions – are therefore viewed through the lens of national parties rather than local needs. This nationalization of politics has left little room for local election officials to experiment with new technologies and methods, and it has made the election administration particularly toxic. Even those who trust how votes are counted in their own backyard are often deeply suspicious of how votes are counted elsewhere.

Hence, what is best for Arizona, Georgia, or California is not simply left to the residents of those states, as has been the case in the past; today it is the subject of the attention of (often enraged) partisan zealots elsewhere in the country. In such an environment, America’s decentralized – and therefore naturally inconsistent – system can be a burden.

Another aspect where decentralization of the electoral administration system is detrimental is often overlooked. Since each state is autonomous and often relinquishes authority to the local level, it was difficult to create standardized voting systems. This means that there is no national market for technology and business solutions for election management challenges – yet innovation is urgently needed. The American election administration system was developed for voting in the 1880s, but the 2020s present very different problems.

Many other policies that used to be hyperlocal – public education, water and sanitation, public health, etc. – were often grouped into larger government units and there was greater cooperation between cities and counties. The federal states and the federal government have taken on a larger role in funding. But no elections. As a result, electoral administrations often throw antiquated solutions to modern problems or, as in the case of the cybersecurity threat, react sluggishly.

The response to the challenges of the elections during the pandemic led to some moves towards a more modern and coordinated management of the election administration. States stepped in and provided centralized services such as the printing and processing of postal ballot papers or the development of online portals for voters to track ballot papers. The federal government allocated nearly half a billion dollars to shore up security and meet the many demands on election managers as they quickly shifted to new electoral modalities. It is hoped that this momentum will continue into the near future, but efforts to re-litigate the 2020 elections are a major distraction.

Q: What safeguards are in place to ensure that future elections remain free from interference, especially from the highest levels of political power?

The fact-based part of election management is robust, but we cannot settle for its health. The federal government is increasing the protection of election workers and officials; States should do the same. Unfortunately, some states have taken steps that are of little help in passing laws attempting to remove authority from local electoral officials and empower state legislatures to overturn the results of free and fair elections. I think there is every reason to be concerned about these laws, but not because I think they will achieve these worrying goals. The greatest concern is that such laws encourage doubts about the results and provide a platform for those who lost elections to sow those doubts.

It is important to remember that the first principles of electoral law in these states have neither been overturned nor have constitutional guarantees. There is a principle of law that if an election was conducted according to a set of rules established prior to the election, the outcome of that election must stand, even though some of the rules may have been previously challengeable. If party electoral officials or state parliaments want to reject an election result because they do not like the result or on the pretext of unproven fraud, the courts intervene.

It is also difficult to imagine that a state or federal court would allow this when local election officials are replaced on pretexts. Nevertheless, regardless of the outcome of such disputes, democracy is damaged. Politicians are given more opportunities to denigrate the electoral process and baseless conspiracy theories are given a megaphone.

Right now I’m more concerned about the culture of democracy than about whether the winners are properly certified. That can change if the attacks on the neutral election administration continue.

One of the final challenges to the free conduct of elections is to stem the flow of electoral disinformation, which is the source of populist energy focused on attacks on the system. Even when the clown show of a ballot review in Arizona concluded that Joe Biden had legitimately won that state in the 2020 presidential election, the publication of the reviewers’ report was used by a number of manipulative experts to continue to sow doubt.

This is a misinformation problem that infects public life in America in general: it is not limited to just election administration or even politics. Insisting on responsible behavior by social media platforms is a necessary first step in tackling the plague of misinformation, but it likely won’t be enough. I think we are seeing the aftermath of the half-century destruction of responsibly curated news sources in the name of economic disruption, and this problem and its aftermath extend well beyond the conduct of elections.

Q: Can you suggest some efforts – either by citizens, lawmakers, academics, and / or pro-democracy organizations – that could effectively protect and strengthen democracy at this moment in the nation’s history?

A: The greatest effort to protect and strengthen democracy is in the vote itself. In states such as North Carolina and Texas, where recent efforts have been made to raise electoral barriers, there is a local consensus that legislature efforts to do so States actually served to mobilize supporters of the election. Donating to candidates who stand up for democracy and stand up for their election is probably the most important thing citizens can do.

For scholars, we need to focus on what we do best, which is documenting the real impact of electoral law on participation. Legislators who support electoral barriers often misjudge the consequences of such laws. Citizens groups that are vigilant about threats to democracy may also overestimate the power of some electoral laws to suppress or expand elections. As scholars, we must be independent voices in identifying the worst obstacles, and we must act to redress anti-democratic efforts either through our publications or through litigation. If we don’t anchor our advocacy in science, those of us who study how our democracy works will waste what we have to offer.

In conclusion, I think that we must all realize that the illiberal wind is only blowing violently in one of the political parties. This is not a partial statement, it is a fact. Working to isolate the Republican Party’s illiberal fringes and protect those in the party who value open elections and political competition may be most important of all, although it is not yet clear how to do it. My liberal friends, of whom I have hundreds, don’t like to hear it, but I think rescuing the Republican Party from extreme illiberalism could be the main pro-democracy activity in America.

At the moment it is not clear how this could happen, but ideas are suggested. In one recently New York Times op-ed, Miles Taylor and Christine Todd Whitman, both strong Republicans, argued that the best way to make change is for Republicans to vote for Democrats in 2022, not anti-democratic ones. Changes to electoral law that discourage the victory of extreme left and right candidates could also work. (Rank voting is one such popular reform.)

To be clear, changing the electoral rules to shut out extremists or withhold votes from illiberal candidates will not purge the country of extreme anti-democratic movements. But if we believe that the greatest threat to the upholding of democratic values ​​is that political leaders believe they need to turn to anti-democratic elements, we can at least work to reduce the payoff on the appeal to the marginalized states .

Continued centralization will ruin the EU