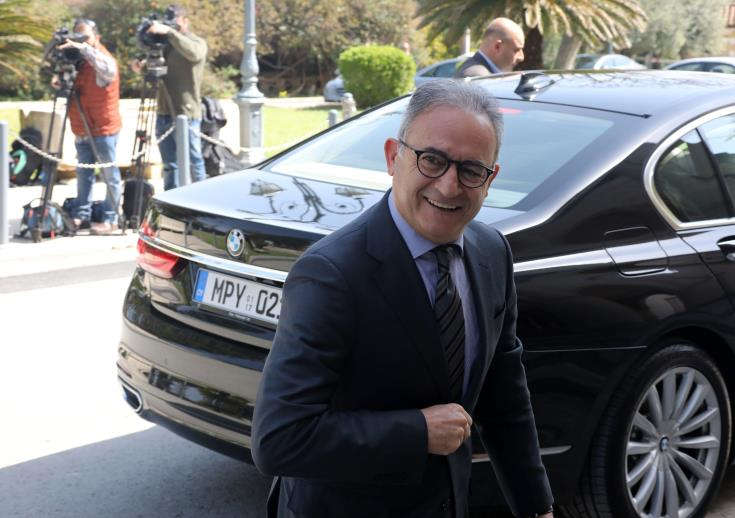 A. Neofytou: Intention to run in the 2023 presidential election | Stockwatch

Averof Neofytou, president of the ruling Democratic Rally (DISY) party, announced that he would run in the upcoming 2023 presidential election.

The party has decided to convene a meeting of its Supreme Council on March 12, 2022 to choose the person who will be supported by DISY in the next presidential election.

“Fellow citizens. Today I would like to inform you of my intention to run for the office of President of the Republic. That is why I am submitting a proposal to the relevant bodies of our party,” says Neofytou in a written statement, accompanied by a video.

Neofytou adds that the Democratic Rally is the party that guarantees social, political and economic stability, and points out that the party’s decision to elect a candidate on March 12 will allow the government to go ahead with its important project complete.

â€œLike you, I want to live in a country that is prosperous, uses the potential of everyone, without discrimination and exclusion. A Cyprus with a clear horizon for tomorrow. Beautiful, free, open to the future, which enhances the dignity of its residents and offers them every opportunity for a better life, “says Neofytou in his announcement.

He also states that â€œwe still have a lot to doâ€, such as planning a green and fair development for the next day that will leave no one behind. He also refers to the need for digital change and the technological transformation of the state in order to better serve the citizens.

“Above all, we have a duty to continue fighting for the liberation and reunification of our homeland,” he stated.

Neofytou also says that “for 30 years in the central political scene, with patience and moderation, positive results have been achieved in our country. I never hide. I never avoided reporting”. Benefits for society and the economy.

Neofytou is the first parliamentary party candidate to show interest in the 2023 presidential election.

The former Vice President of the DIKO, G. Kolokasides, also announced his independent candidacy for the presidential elections. The lawyers Achilleas Demetriades and Marios Eliades have also expressed their interest in the country’s top position as independents.