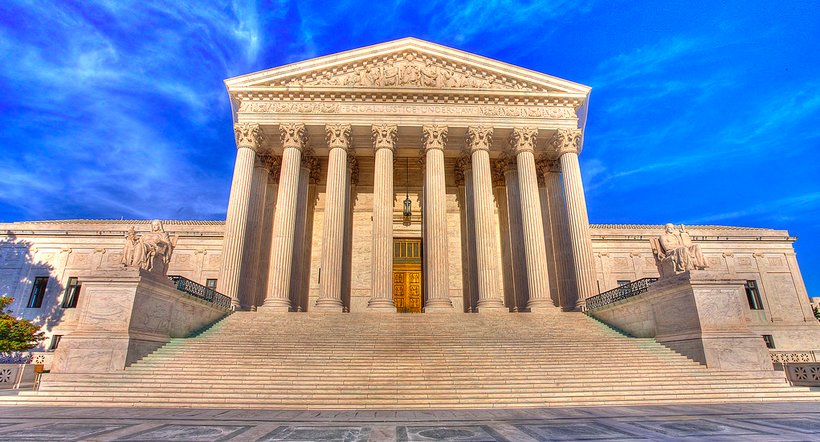 The fate of President Joe Biden‘s COVID-19 vaccine mandates could soon be forged as the U.S. Supreme Court takes over the controversial decrees.

The country’s Supreme Court is due to hear oral arguments on Jan. 7 about legal challenges against COVID-19 vaccine rules by the Biden government‘s private employer and health workers.

Thousands of Americans are expected to arrive in the country’s capital in late January to protest the government’s vaccination regulations. The attempt has been labeled “Defeat the Mandates – An American Homecoming”. Movement organizers claim the effort was organized by a diverse group of Americans who fear their jobs could be jeopardized if Biden’s vaccine mandates are implemented.

The protesters’ feelings mirror those of a large part of the Alabam population. A poll conducted in October found that nearly 65% â€‹â€‹of the state’s citizens were against a mandatory COVID-19 vaccination.

In an effort to protect citizens from Biden mandates, the state of Alabama has put in place both legal and legislative strategies to combat what it believes is overwhelming for the executive branch.

In late October, Governor Kay Ivey issued an executive order instructing all units under the state executive to coordinate with the Alabama Attorney General to assist in any vaccination-related litigation the state would bring against the federal government.

Just days after the governor issued her executive order, Attorney General Steve Marshall filed a lawsuit on behalf of the state to block the Biden government’s COVID-19 vaccine mandate. According to Marshall, the rule is currently unenforceable as Alabama recently emerged victorious in securing a statewide injunction against the decree.

Almost a week after filing the first lawsuit, Marshall filed a legal challenge against Biden’s vaccine waiver from the private employer. The Occupational Safety and Health Administration (OSHA) policy requires employers with 100 or more employees to force vaccinations or weekly virus tests on their employees.

Additionally, the state of Alabama filed a lawsuit in mid-November to block enforcement of the Centers for Medicare and Medicaid Services (CMS) COVID-19 vaccine mandate for healthcare workers.

As the Supreme Court nears its hearing on vaccination regulations for private employers and healthcare workers, Marshall recently expressed optimism that the Supreme Court would rule that the government has exceeded its legal powers to mandate.

In addition to Alabama contesting Biden’s vaccine decrees in the judicial system, state lawmakers decided in early November to bring the issue up in a specially convened session of the Alabama legislature. While the special session was necessary to deal with the ten year redistribution process, the legislature concluded that laws are needed to consolidate protection for those who might be adversely affected by the mandates.

A majority of Republicans in the Legislature allowed the passage of Senate Bill 9, written by State Sen. Chris Elliott (R-Daphne), which instructed Alabama employers to “freely interpret” employee waiver requests from the COVID-19 vaccination.

At the federal level, Republican members of the Alabama Congressional Delegation have attempted, through legislation or other means, to block and refute the government’s COVID-19 vaccination regulations. Such attempts have been unsuccessful, however, as the Democrats currently control both chambers of Congress and the White House.

The state of Alabama, along with a number of other Republican-led states, is aiming for a grand victory in defeating the Biden government on one of the most controversial political issues of 2021.

Many observers believe the current composition of the Supreme Court is favorable to opponents of the mandates, with the bank’s Conservative justices having roughly a conservative majority of six to three.

It is dangerous to ignore Haridwar’s hate speech

Marine protected areas a goal of the federal government