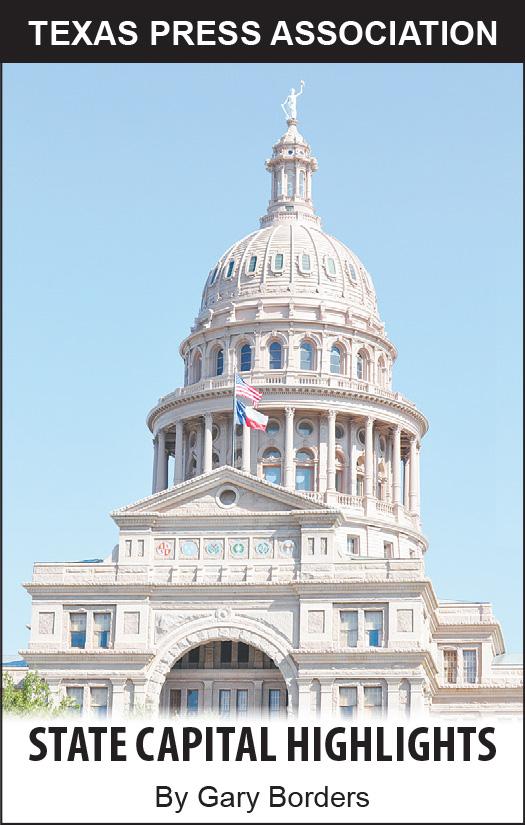 Capital Highlights – The state is sending resources to Florida

Texas has dispatched state resources to Florida to help with response and recovery efforts following the devastation caused by Hurricane Ian last week, one of the most powerful storms to hit the United States in the past decade.

“Texans understand the urgency of hurricane disaster response and recovery efforts, and our state is rapidly sending more support and resources to Florida as they continue to respond to Hurricane Ian,” Gov. Greg Abbott said.

The Texas Division of Emergency Personnel has dispatched more than 80 people to Florida, including nearly two dozen firefighters. In addition, more than 1,000 Texas electric utility workers have been dispatched to Florida to help restore power.

The Texas Court of Criminal Appeals upheld an earlier ruling that Attorney General Ken Paxton does not have sole authority to investigate and prosecute alleged election crimes. The Austin American-Statesman reported the court denied Paxton’s motion to overturn a December judgment that struck down a 1985 statute that gave the attorney general that power.

That ruling, by the all-Republican court, said the 1985 law violated the state’s separation of powers doctrine because it gave the attorney general’s office, which sits in the executive branch, a law enforcement agency that members of the judiciary — the district — was reserved and prosecutors.

“The CCA’s shameful decision means local prosecutors with radically liberal views have sole authority to prosecute voter fraud in TX – which they never will. The timing is no coincidence – it is devastating to the integrity of our upcoming election,” Paxton said on Twitter.

Wildfires are on the rise again in the state

Dry weather and low humidity have again increased the spread of wildfires in several areas of the state, following a pause in rain in mid to late August. However, the rain has largely deserted the state again. Texas A&M Forest Service firefighters have responded to nearly 80 wildfires over the past week, two of which are still active as of Sunday in Young and Angelina counties. Both were almost completely contained.

“The 2022 fire season was significant for the state of Texas as state and local firefighters responded to more than 9,800 wildfires,” said Wes Moorehead, Texas A&M Forest Service fire chief. “The state received beneficial rainfall in mid-to-late August, which helped significantly slow the pace of wilderness firefighter response. However, the benefits of this humidity have faded and we are once again seeing dry conditions across the state leading to increased wildfire activity.”

Nine out of ten wildfires in the state are caused by human activity. Residents are urged to hold off burning outdoors until conditions improve, even if your county doesn’t have a burning ban. A total of 95 Texas counties are still subject to an incinerator ban.

Motorists on Texas freeways have likely noticed the extra cable barriers along the medians that prevent vehicles from crossing into opposite lanes. According to the Texas Department of Transportation, these barriers save lives.

A review of four TxDOT districts where 130 miles of new cable barriers were installed — in Lufkin, Pharr, Waco and Fort Worth — showed the barriers had been hit and repaired 242 times since 2019.

“I assume each of those 242 strikes would have been a potential fatality had it not been for that cable barrier,” Commissioner Laura Ryan said.

The agency has completed 88 road to safety projects in the state, with 120 more under construction. The effort appears to have had a positive impact, with Texas reporting 84 fewer road fatalities from January through August. The state also saw a 9% decrease in distracted driving fatalities and an 18% decrease in workplace fatalities.

“Reliability drives every decision we make regarding network operations,” said Peter Lake, chairman of the Public Utility Commission. “The network must be prepared for all weather conditions, from extreme heat to extreme cold.”

Under the new rules, the state will be divided into 10 geographically delimited areas that will set minimum and maximum temperatures at which power generators must demonstrate their ability to operate.

The temperature norms will come into effect next year.

The number of new COVID-19 cases reported in Texas over the past week was again slightly down, with 22,006 new cases reported along with 123 deaths, according to Johns Hopkins University’s Coronavirus Resource Center. The Texas Department of State Health Services reported 1,654 laboratory-confirmed COVID-19 hospitalizations Sunday, down slightly from the previous week.

Since the pandemic began in early 2020, the state has reported nearly 8 million confirmed cases and 90,885 deaths. Nearly 64% of the state’s population is fully vaccinated.

Gary Borders is a veteran, award-winning journalist based in Texas. He published a number of community newspapers in Texas over a 30-year period, including those in Longview, Fort Stockton, Nacogdoches, and Cedar Park. Email: [email protected]

Brazil’s presidential election is entering the second round