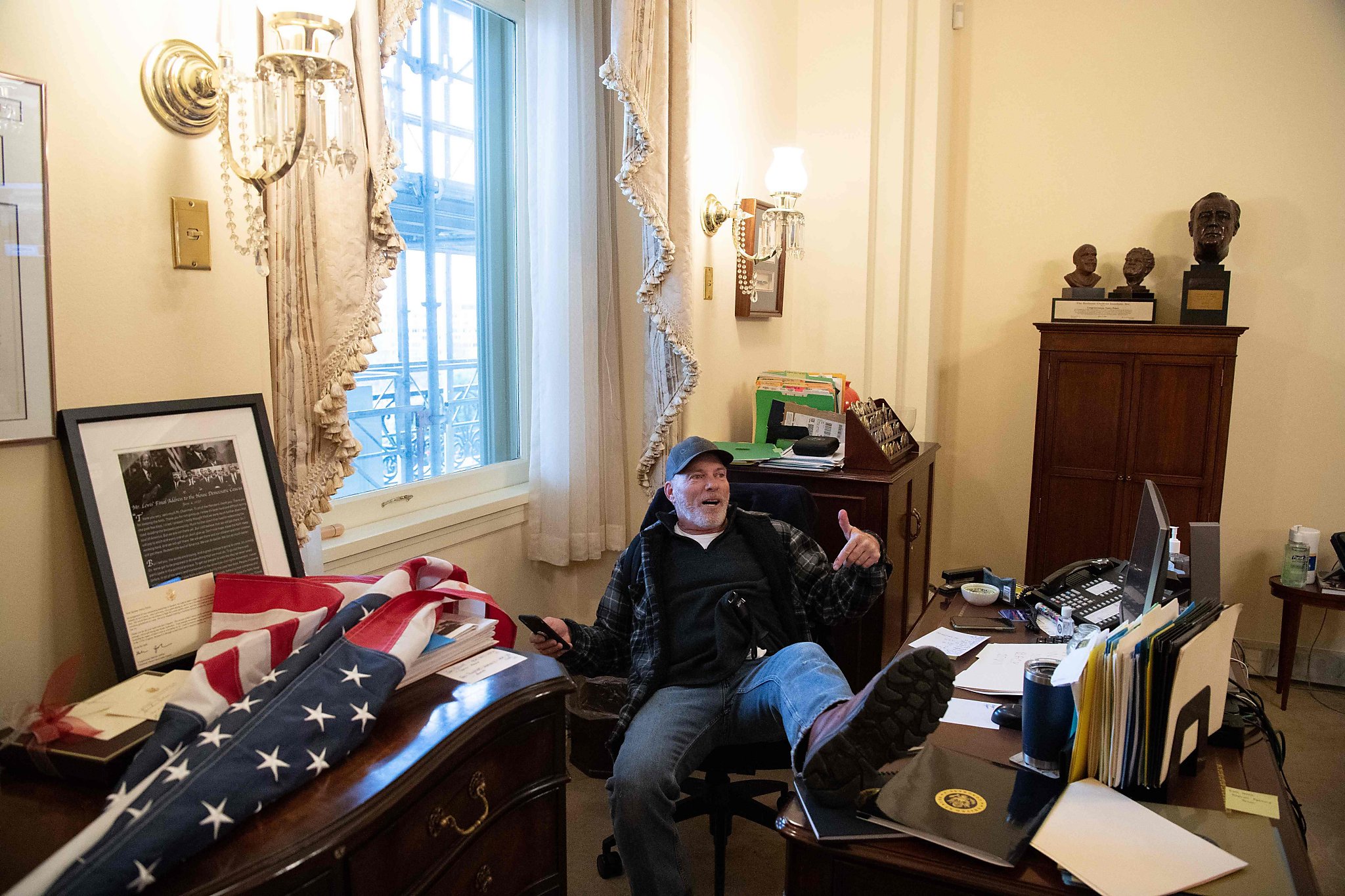 Agents arrested 37-year-old Matthew Carl Mazzocco of San Antonio. He is charged with knowingly entering or remaining in a restricted building or grounds without lawful authority, and violent entry and disorderly conduct on Capitol grounds.

The Federal Bureau of Investigations said Tuesday that it is aware of reports about a San Antonio man’s alleged involvement in the deadly breach of the U.S. Capitol last week.

The FBI’s San Antonio office confirmed in an email sent to MySA on Tuesday that the agency is “aware” of reports sent about Matthew Carl Mazzocco, but could not comment further since the investigation into the events at the Capitol are ongoing.

“The capitol (sic) is ours,” Mazzocco captioned the photo.

Screenshots showing his job history, including employment at multiple local mortgage loan companies, were also included in the viral videos. Another showed a man fitting the image of Mazzocco’s selfie. In that video, the man wearing a red jacket is seen inside the building and is instructing surrounding rioters not to break or vandalize anything.

The FBI is asking for the public’s help in identifying individuals who made the unlawlful entry into the Capitol. Photos of the wanted persons can be found here. Mazzocco does not appear to be photographed in the collection of photos released by the FBI.

When attacked and vulnerable, some Afghans form their own armies