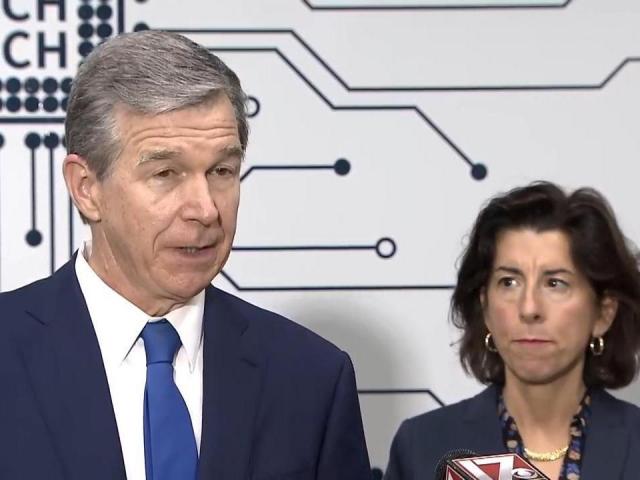 Durham, NC – US Secretary of Commerce Gina Raimondo said Friday that the federal government is launching an “Internet for All” initiative.

Approximately $45 billion in funds under the Infrastructure Act will be allocated nationwide to improve access to high-speed Internet. According to Raimondo, North Carolina is expected to receive at least $100 million of this funding.

“Every American deserves access to the internet, period,” Raimondo said.

The plan is to have internet access for all Americans by 2030.

On Friday, Gov. Roy Cooper, D-North Carolina, and Raimondo were at The Kramden Institutes along NC Highway 55 to talk about new government support that will help improve Internet access.

Raimondo said this initiative is the “largest investment in the Internet in our country’s history.”

“The Internet isn’t a luxury. It’s a necessity,” she said. “It’s about access to health care.”

An estimated 1.1 million homes in North Carolina either don’t have access to high-speed networks Internet or can’t afford it. Data from the National Telecommunications and Information Administration shows that Wake County in North Carolina has the lowest percentage of its population without internet (5.8%).

Here’s a look at the percentage of the population without internet, according to the same data:

The federal funds can be used to lay cables and make computers available.

Lorie Lewis, a graduate student at the Kramden Institute, said what she learned at the nonprofit changed her life.

“It opens doors for me and helps me teach my granddaughter about computers,” Lewis said.

Four days ago, President Joe Biden announced May 20 Internet Businesses commit to improving access through discounted services. A member of the Biden administration will join Cooper at The Kramden Institute, a company that has donated thousands of computers to North Carolina families over the years.