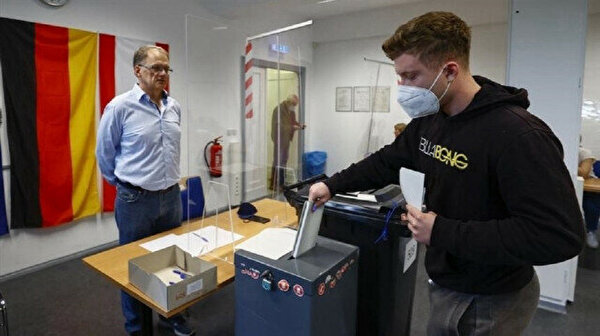 Germany will elect a new president on Sunday, with popular incumbent Frank-Walter Steinmeier likely to win a second five-year term.

The 65-year-old Social Democrat, who has been head of state since 2017, is supported by the co-governing parties SPD, Greens and FDP as well as by the Christian Democrats Opposition Union (CDU)/Christian Social Union (CSU).

Your parties and parliamentary group leaders have officially proposed Steinmeier to the Bundestag President Bärbel Bas from the SPD as a candidate for the presidency.

Most recently, the fringe party Freie Wahler nominated the physicist Stefanie Gebauer. But all three candidates have no chance given the majority in the Federal Assembly, in which the SPD, Greens, FDP and CDU/CSU together make up 1,223 of the 1,472 MPs.

The AfD has 151 MPs and the Left Party has 71 MPs. The Free Voters are represented by 18 voters, the Voter’s Association of South Schleswig (SSW) by two.

In view of the numbers, Steinmeier can count on re-election in the first ballot. This requires an absolute majority of 737 votes. The number of votes would also have to be reached in a second ballot. For the third, a simple majority is sufficient.

The Federal Assembly, which is made up of members of the Bundestag and representatives of the 16 federal states, decides on the next Federal President.

The presidential position is largely viewed as a ceremonial role that has few powers. It is often held by a high-ranking politician who is seen as a unifying figure and important moral compass for Germans in times of political and economic uncertainty.

The incumbent not only has a majority in the Federal Assembly behind him, but also in the population.

In a Civey survey for the Augsburger Allgemeine, 55 percent of those questioned said yes when asked whether Steinmeier was a good Federal President. 31 percent said no and 14 percent were undecided.

Steinmeier, who enjoys a good reputation in national politics, announced last May that he would run for a second term.

The President had stressed that he wanted to “accompany the country on its way to the future” and continue to “build bridges” as Germany was still struggling with the deadly coronavirus pandemic.

“These are turbulent times,” said Steinmeier. “The pandemic has left deep wounds. It has brought suffering and sorrow, economic and psychological hardship, much frustration and bitterness. I want to help heal those wounds.”

His comments were echoed by his wife Elke Buedenbender, who told Funke media group newspapers: “If my husband is re-elected, that is a special reason for him and for me to be happy and grateful. I hope the pandemic will give us a chance to really take off.”

For her, a second term will be different simply because she will also serve as a judge. She loves her job and now, at 60, has the chance to go back to the Berlin administrative court.

“I would also feel wrong about myself not to do it,” she said. But she wants to continue to work for young people and women, for participation, equality and educational equality. That’s why “my husband and I are convinced that it’s for the best if I’m going to be both a judge and a first lady in the future,” she said.

Five years ago, the President was supported by the then grand coalition of CDU/CSU and SPD, as well as by the Greens and FDP, and prevailed in the first ballot. He received 931 out of 1,253 votes cast.

In a speech immediately after his election in 2017, Steinmeier called on Germans to encourage others and show it themselves, despite difficult times. “We are part of a world with its risks, and we also have risks,” said Steinmeier at the time. “But: Hardly anywhere else in the world are there more opportunities than here. And who, if not us, can actually be in a good mood?”

For example, he campaigned for the protection of local politicians, who were increasingly exposed to hatred and hate speech. After the outbreak of the coronavirus pandemic, he addressed the public in speeches, video messages and a television address, campaigned for compliance with government countermeasures and asked for patience.

He later urged the Germans to get vaccinated. Steinmeier has repeatedly called for the liberal democracy, which has come under pressure, to be defended – whether against verbal attacks on social networks or, most recently, by quite aggressive opponents of the state’s corona policy.

On state visits abroad, Steinmeier was happy to support heads of state who, as reformers, represented the values ​​of democracy against resistance in their own country or who were looking to join Europe.

This applied to the Republic of Moldova with its young President Maia Sandu or to Sudan with Prime Minister Abdullah Hamdok, who has meanwhile failed.

In the event of re-election, Steinmeier will only be the fifth Federal President for a second term.

Theodor Heuss, Heinrich Lübke and Richard von Weizsäcker were each in office for a full 10 years. Horst Köhler was re-elected in 2009 but resigned a year later.

Alarm goes off! Dangerous infiltration into the judiciary