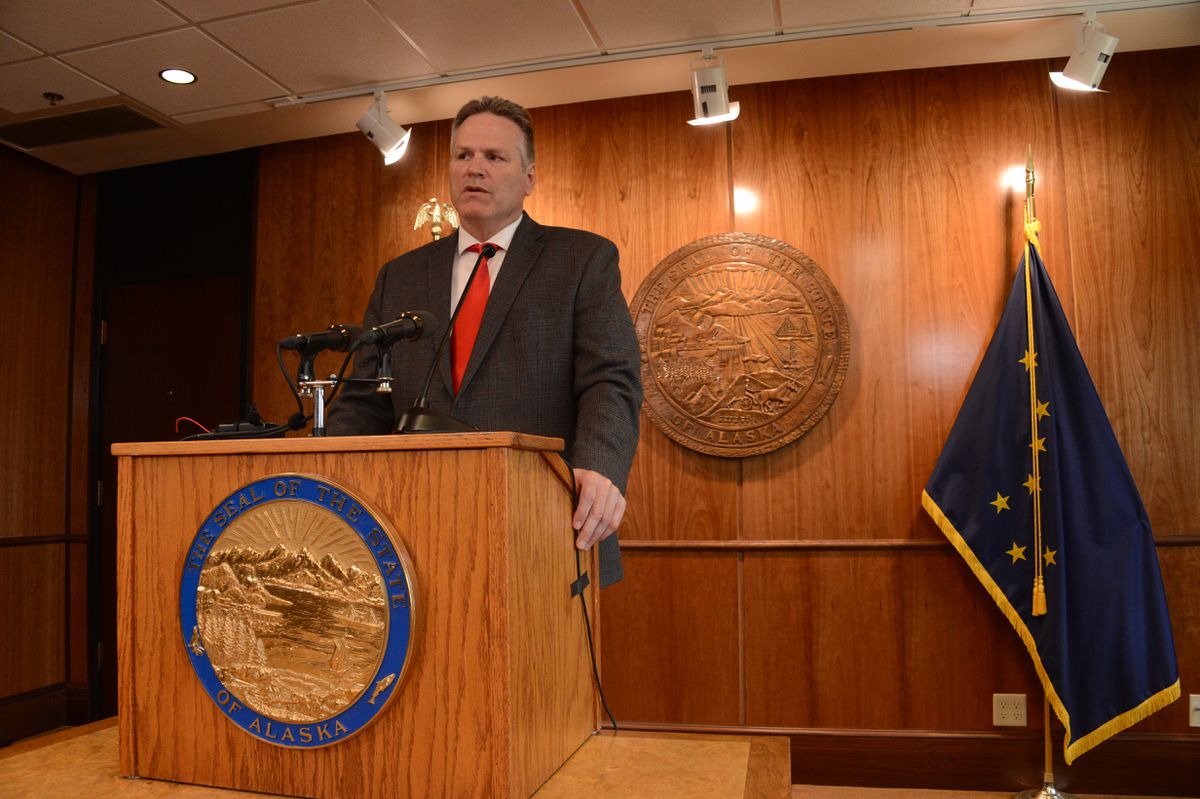 Governor Dunleavy is playing the chicken with the Alaska Constitution

There is nothing ambiguous about Article 4, Section 5 of the Alaska Constitution: “The governor must fill any vacancy in any office of the Supreme Court or the Supreme Court by appointing one of two or more persons appointed by the Council of Justice.”

And yet, Governor Mike Dunleavy, who admits he has great respect for the Alaskan Constitution, has chosen to be ahead for the second time in three years – and on a number of highly qualified judges appointed by the council.

1. When a seat in the Alaska Supreme Court or Supreme Court becomes vacant, or a serving member announces his resignation, the impartial, seven-member Alaska Judicial Council will solicit applications.

2. The Judicial Council examines applicants, researches the assessments given to them by other judges and lawyers, and their files on the bench if they have been judges for a long time. They select two or more from the list of applicants and pass their names on to the governor.

3. The district governor selects finalists from among the finalists selected by the council.

Steps 1 and 2 have not been a problem in the past, but Step 3 has been a stumbling block for Governor Dunleavy. In 2019, he refused to select a judge for an open position in Palmer Superior Court and only gave in after intervention by then-presiding judge Joel Bolger. The episode became the basis for the ongoing governor’s recall campaign – and now Dunleavy has done it again. This time, ironically, it is Bolger’s own seat that is at stake.

As with the vacant Palmer position, it is not really about the qualifications of the nominees or their eligibility for office. Nor is it about the governor’s alleged interest in diversity and justice – it is simply about partisan politics. In both cases, Governor Dunleavy has named specific candidates he would like to see included – and it’s a safe bet he would pick them if they were. But it doesn’t work that way, and there is a very good reason for it.

Alaska’s system of an impartial body selecting judges from whom the governor can choose is by far the best judicial selection process. In states where judges are elected, the judiciary is becoming yet another bipartisan forum, and active campaigning – and the expenses that go with it – oblige aspiring judges to donate. Likewise, in states where the governor or legislature selects judges directly, litmus tests may be conducted to ensure that the candidates they select reflect their own political prejudices, with qualifications and temperament being secondary at best. In this case, the judge would like to Gov. Dunleavy, however, that the Alaska Supreme Court ranks at the bottom of the judicial council-screened group of applicants in a poll of its peers and colleagues, is seen as kind to their priorities by socially conservative people.

Governor Dunleavy has openly opposed the composition of the Justice Council and its selection process. The structure of the council consists of three public members selected by the governor and three members selected by the Alaska Bar Association plus the chairman of the Alaska Supreme Court with ideological allies. Historically, it’s a system that has worked well – in the Alaska system, judges’ partiality takes a back seat when it comes to qualifying for the court seats they are seeking. The governor and his socially conservative supporters would say the Alaska Bar Association oversees the process of nominating left-wing judges. That’s just not the case. When governors want to change the rules or forcing different choices, as Governor Dunleavy makes a habit, it’s not difficult to say that this is because they want more leverage over government levers. Alaskans should be extremely careful with such a step.

About 245 years ago this weekend, during a sultry summer in Philadelphia, America’s Second Continental Congress elaborated its vision for a new nation, the principles that would guide it, and its grievances over the rule of Britain. Among a laundry list of actions that deprived the would-be nation of voting rights, there was one common theme: King George III. had subjugated the other branches of government to such an extent that the rights of Americans depended on his whims – and he had a habit of interfering over the freedoms they considered inalienable.

Governor Dunleavy is not King George III. But there is a seemingly universal tendency among bosses to amass, consolidate and usurp the power of the legislative and judicial branches of government, thereby destabilizing the balance of power that America’s creators – and, by the way, Alaska – were so wise to establish. The drafters of the Alaskan Constitution saw this as a concern and clearly established a system of checks and balances. It is our duty as Americans and Alaskans to recognize a mere seizure of power and to proclaim it when we see it. The health of our republic requires our active participation.

As for Governor Dunleavy, he’s made a name for himself and secured his reputation as a constitutionalist – it was his respect for the Alaska Constitution, he said, that motivated him to call lawmakers’ lawyers just two weeks ago for implementing the budget to sue date. This is a case where the Alaskan Constitution couldn’t be clearer, and every governor in our state’s history has managed to abide by it. The governor has a duty to select a Supreme Court judge from the Judicial Council’s list by July 11th. If not, we should all be asking ourselves, where is Governor Dunleavy’s alleged respect for the Constitution?