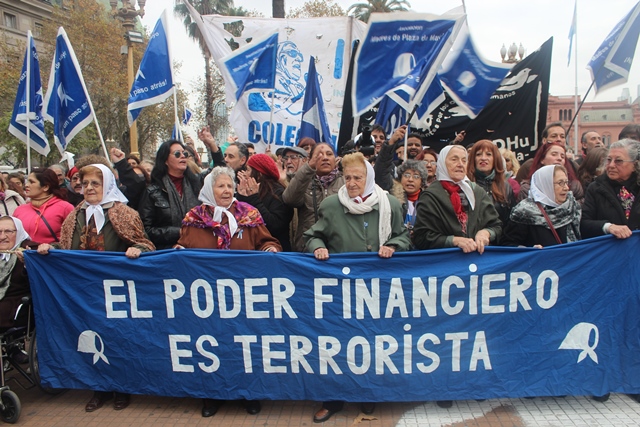 From the outset, the colonizing logic of the centers of conditioning capital sought to take over Latin America and rule it in different ways according to their interests, beyond proclaimed principles and promised freedom.

It is worth noting that Haiti was the second American country to declare independence in 1804, after the United States in 1776 and the world’s first and only triumphant slave revolution that abolished slavery.

The country was a French colony in the western part of the island of Hispaniola (Santo Domingo). Toussaint L’Ouverture was the leader of the revolution, whose name is not widely known.

The paradox was that France, the country of the French Revolution of 1789, with its principles of “Liberty, Equality and Fraternity”, which ushered in a new vision of human rights with the “Declaration of the Rights of Man and the Citizen”, nevertheless attacked the Haitian Revolution , since it became clear that for Europe or the United States, the proclaimed principles are valid as long as they do not harm their interests. Haiti posed an enormous threat to the established colonial, racist and slave-owning system. For example, it should be borne in mind that a slave is an economic asset and this capital cannot be lost through his release. Cruel hypocrisy typical of the centers of economic power.

Simón Bolívar, opposed to the enslavement of people and peoples, always thanked Haiti for supporting him, welcoming him and living there for a time to reflect on and carry out his act of liberation. The Los Cayos Expedition is the name of the invasion organized from Haiti.

The Venezuelan soldier sailed from the port of Anquín on March 31, 1816, carrying 1,000 black Haitians who joined the liberation enterprise. Simón Bolívar triumphed over the Spanish forces in the naval battle of Los Frailes and landed on the island of Margarita in Venezuela, from where he began his campaign of liberation, accompanied by the liberating power of the ex-slaves.

Also, from the idea of ​​integral freedom and respect for individuals and peoples who can neither be slaves nor ruled, to the concept of true independence, General San Martín has given many examples to history.

Therefore, it is worth noting that in the Additional Articles of the Provisional Statute, sanctioned in 1821 by General San Martin in his capacity as “Protector of the Liberty of Peru”, he stated in the Additional Articles: “The Government, animated, recognizes all the debts of the Spanish government not entered into to perpetuate slavery in Peru and harass the other independent peoples of America.” He made it clear that the heinous guilt incurred to perpetuate the enslavement and domination of the peoples of America should not be accepted.

This clear vision of the liberator was not the same as that which later pervaded the free peoples of America. The economic, political and financial powers have been busy re-colonizing and enslaving us, subjecting them to a new slavery and depriving them of their real independence, through illegitimate, despicable, usurious and illegitimate foreign debts, most of which are contrary to the common good of our peoples and their future. Suffice it to say that now, with unacceptable foreign debt, government corruption accompanying these loan deals, and various climatic uncertainties, Haiti is America’s poorest and most abandoned nation.

While San Martin was proclaiming that slavery of all kinds must end because it would not permit the development of independent peoples, Argentina borrowed a million pounds sterling from Baring Brothers in 1824 through Bernardino Rivadavia in London. A loan of which they actually received £550,000, or almost half, and over 80 years they eventually paid almost £4,800,000, which was approximately nine times more than what they received.

Do not validate illegitimate debts

From the outset, external debt became one of the most important determinants of national development and a major obstacle to autonomous policy-making by Argentine governments. Surrounded by secrecy clauses and a large unconstitutional delegation of functions to the executive branch and a lack of oversight by the legislature and judiciary.

Why should we, without analysis, accept debts that seem clearly illegitimate, usurious, despicable and illegal, which condition and still condition our future? Why are the debt contracts with secret clauses, the names of the supposed creditors in general and those hidden in investment funds, of all those responsible who signed them for Argentina, the names of the intermediaries, the commissions paid and the real beneficiaries of the operations not made public? Why aren’t the criminal and civil liability processes activated where appropriate? Why doesn’t the nation’s Supreme Court, so envious of its independence, step in to null and void the delegation of jurisdiction of the debt deals that subordinate us to the first instance judges of other countries, as was the case with Judge Thomas Griesa from New York who shamefully made us pay what Vulture Funds asked for? Why are we afraid of the consequences of questioning our debt and why are we afraid of letting people know what they really are? In the proposed deal with the IMF, why do we have to report every three months and accept fund controlling officials at the heart of our sovereign economic decisions?

We are a country that recognizes and has more than paid all real debts, but not those who, in the words of San Martin, “were contracted to perpetuate slavery,” illegally conditioning us, like so many, especially now those adopted by President Mauricio Macri, part of it for 100 years, illegally making us slaves to the schemes of creditors for six generations.

The presentation of the agreement with the IMF to the National Congress now gives the legislature that represents us the opportunity to order the suspension of payments, to analyze the origin, those responsible, the destination and the consequences of the $44.5 billion debt contract with the IMF. It is not possible to approve a debt aimed only at negotiating the timing of its payment with unreasonable interest without checking the legality of the loan and the destination of the money. Why are the names of the beneficiaries of the dollar flight that has taken place not mentioned?

People want to know! and not forced to bear heinous payments out of fear of unscrupulous creditors and the political, financial and media players who represent them. The Fatherland, in its true destiny of liberty and independence of San Martin and Bolivari, is calling us.