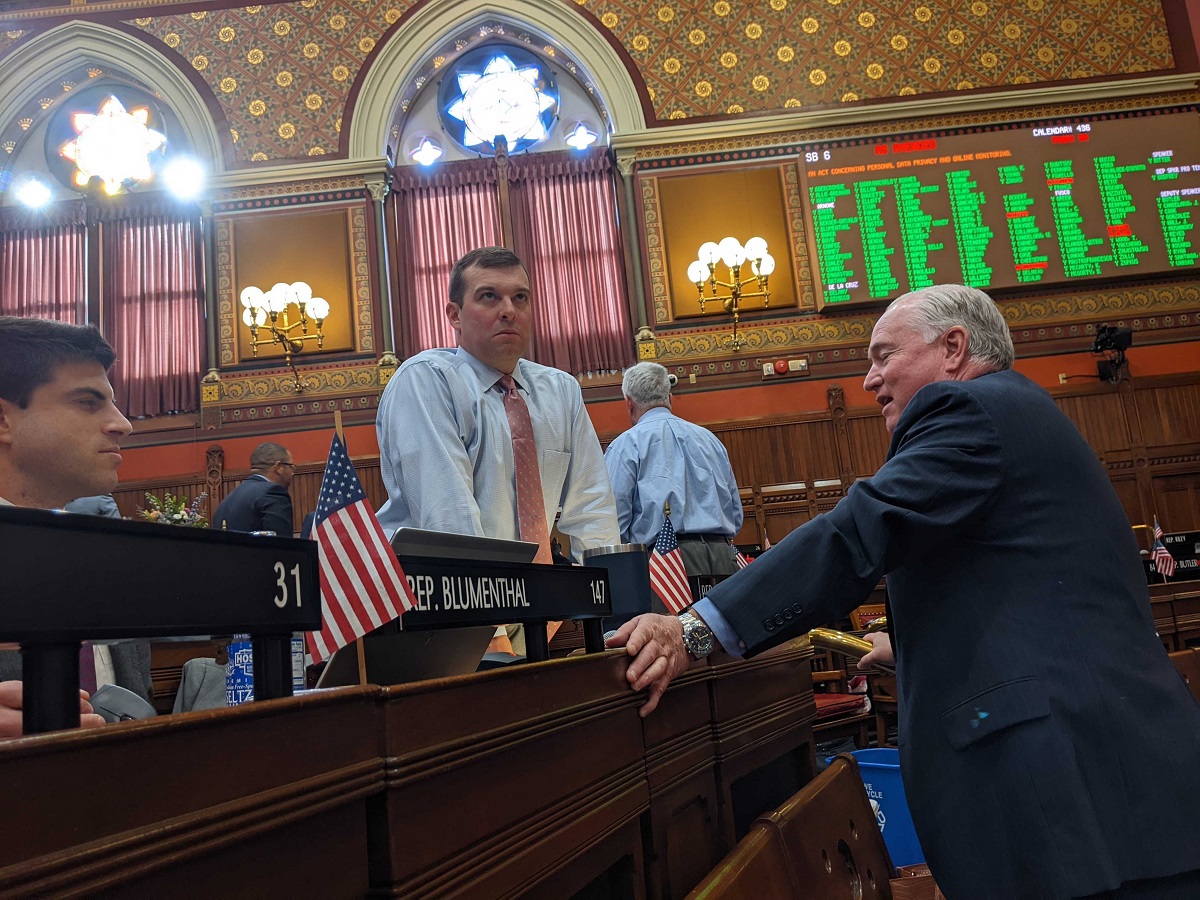 After hours of emotional debate Thursday night, the Connecticut House of Representatives passed a bipartisan juvenile delinquency reduction bill that drew complaints from lawmakers on both sides of the aisle.

The bill passed by a vote of 129 to 17, with the unusual difference that it received more opposition from the majority of chamber Democrats than from Republicans, who voted in favor of the legislation despite complaints it should have gone further.

After auto thefts and juvenile arrests for auto theft increased during the pandemic, Republicans characterized Democrats as soft on crime and unwilling to target minors committing violent crimes. But the numbers have started to fall, according to preliminary figures from the Justice Department.

Though Connecticut’s juvenile delinquency has been the subject of near-continuous debate between the two parties for more than a year, lawmakers were still negotiating amendments to the bill Thursday afternoon.

“Connecticut was not immune to the national crime spike that all states experienced at the onset of the pandemic,” said Rep. Steve Stafstrom, a Bridgeport Democrat who co-chairs the Judiciary Committee. “As we have always done, we talked, we worked. We have worked as a Judiciary Committee in a largely, if sometimes uneven, bipartisan process.”

The House of Representatives quickly passed an amendment that resulted in a bill giving courts, among other things, discretion to require GPS tracking of juvenile delinquents charged with a felony while they await a decision on another incident.

Other provisions allow police to detain minors for an additional two hours while they apply for an arrest warrant and require faster filing of charges, meaning young offenders would appear in court within five days of their initial arrest. The bill also offsets auto theft charges and removes a previous policy that was scaled based on the value of the stolen vehicle.

A separate section increases the maximum sentence for minors convicted of gun crimes, murder or sex offenses from 30 months to 60 months.

“Vehicle arrests of young people [from 2019 to 2021], they have almost doubled. We’ve got to do something,” said Rep. Craig Fishbein, R-Wallingford.

Republicans signaled earlier this week that they would push for tougher legislation, including legislation that would increase cases where serious juvenile cases are automatically escalated to the adult court system. They criticized that the bill did not include these elements.

“There are people who are going to vote for this law today, but let’s all understand: This law is not going to solve the problem of crime here in Connecticut,” said Rep. Jason Perillo, R-Shelton. “We’re going to be reading the paper three months, six months, nine months out of the year and… unfortunately we’re going to see the same headlines. This bill is not the solution.”

Meanwhile, many Democrats in the Black and Puerto Rican factions of the legislature argued that the bill prioritized tougher policies over more resources for social services aimed at tackling the root causes of crime.

“We still have to invest a lot more. That’s not enough,” Candelaria said. “You can spend $1.25 million in New Haven alone.”

Another New Haven Democrat, Rep. Robyn Porter, voted against the law. Porter said her community has been suffering from things like auto theft and gun violence for decades and she doesn’t think the solutions contained in the bill would address the problem.

“Good schools, good jobs, all these things are important. So when we talk about it, I want us to take these things into account, as well as many other things that have been said, because at the end of the day crime is not going to go away, but the worrying thing is that it only matters if there is a specific one population group,” Porter said. “I’ve lived with it my whole life.”

Auto theft and juvenile delinquency have been the subject of several press briefings over the past year and a half and will almost certainly feature in states’ political campaigns ahead of November’s election. Earlier this week, Gov. Ned Lamont held a media event urging lawmakers to pass the bipartisan bill.

The bill will now go to the Senate for review.

Fed up with inaction, the bipartisan couple are urging leaders to put more on the ground