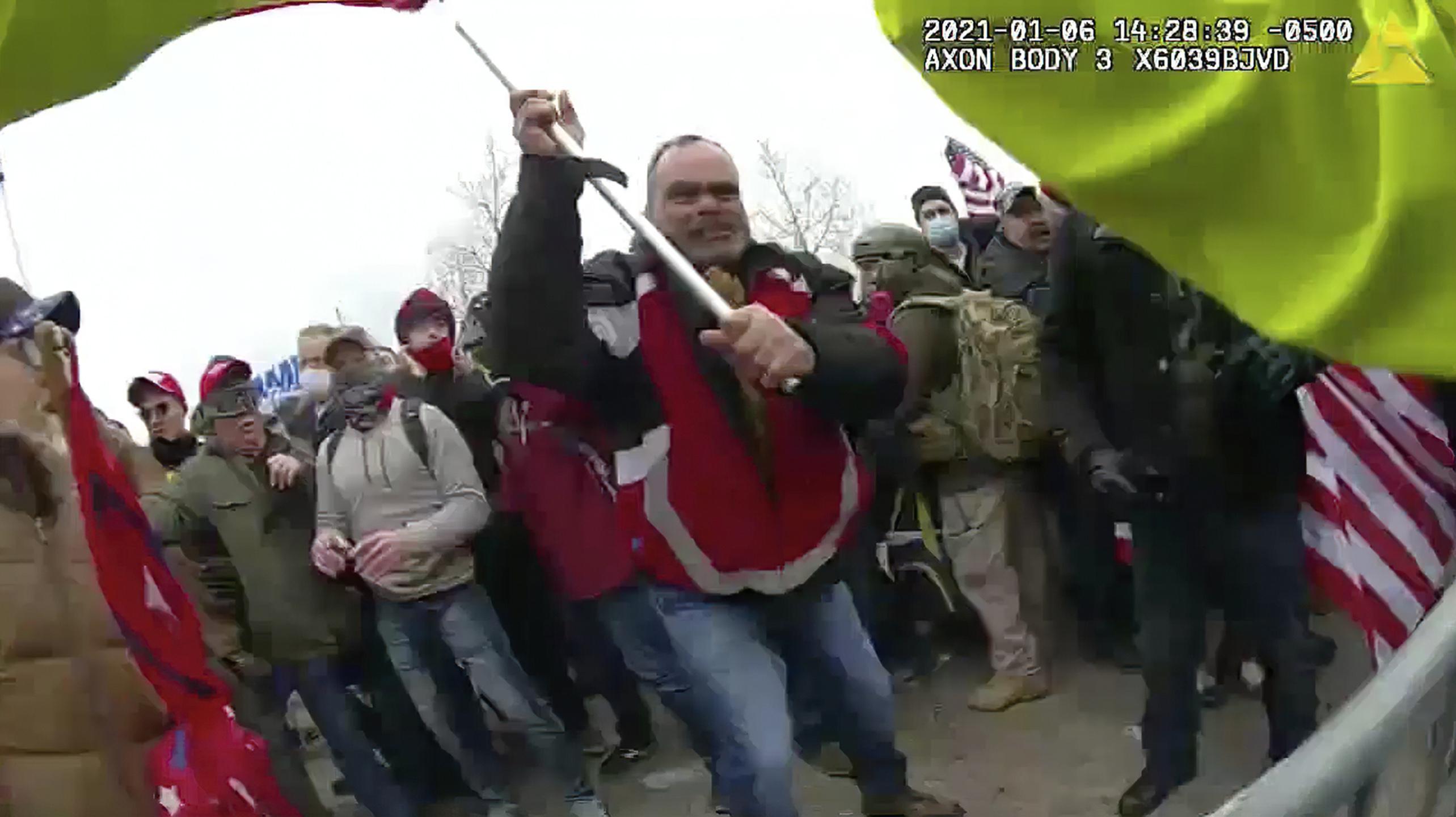 WASHINGTON (AP) — A jury deliberated Monday in the federal trial of a New York City Police Department veteran accused of assaulting an officer who was trying to protect the Capitol from an attacking insurgent mob last year.

Thomas Webster, a 20-year NYPD veteran, is the first Capitol riot defendant to stand trial for assault and the first to present a self-defense argument to a jury.

The jury heard the lawyers’ closing arguments on Friday and went home for the weekend about 30 minutes after receiving the case. They returned to court on Monday morning.

Webster’s jury trial, which began April 26, is the fourth for a Capitol riot case. The first three defendants to be tried by jury were convicted of all counts in their respective indictments. In two other cases, a judge ruled without a jury, with one defendant acquitted and the other partially acquitted after trials.

Webster, 56, is accused of assaulting Metropolitan Police Department officer Noah Rathbun with a dangerous weapon, a metal flagpole, during the January 6, 2021 riot.

Videos show Webster waving his metal flagpole at the police, attacking Rathbun, and then grabbing the police officer’s gas mask with both hands.

Webster testified Thursday that he was trying to protect himself from Rathbun after the officer punched him in the face. Webster also accused Rathbun of making a hand gesture that Webster took as an invitation to fight.

Rathbun testified that he did not hit or fight with Webster. Rathbun’s body camera caught Webster shouting profanity and insults before they made physical contact. Rathbun said he was trying to bring Webster back from a security perimeter that he and other officers were struggling to maintain.

Prosecutors asked the jury to dismiss Webster’s self-defense argument and convict him on all six counts.

The violent Jan. 6 mob loyal to then-President Donald Trump stormed the Capitol to overthrow the 2020 presidential election, undermine the nation’s democracy and keep Democrat Joe Biden from replacing the Republican in the White House .

The Big Read: “We” and “You” – can the two meet? Examining the gap between Singaporeans and foreigners