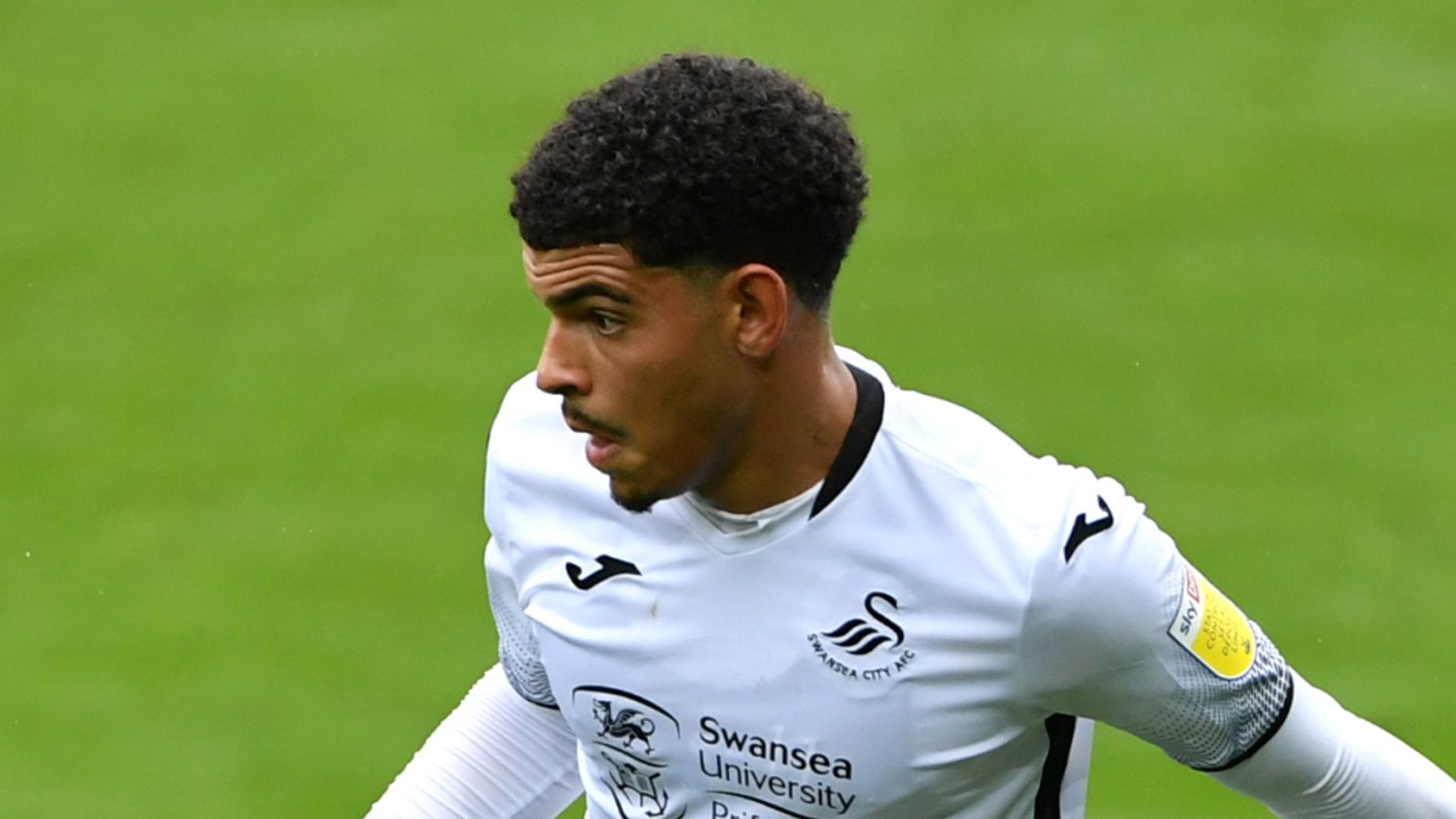 Wolves have called Morgan Gibbs-White back from his loan with Swansea.

The midfielder is now fighting for a place in Nuno Espirito Santo’s injured squad and is eligible for the FA Cup visit on Friday at Crystal Palace.

Gibbs-White made six appearances for the Sky Bet Championship Swans, scoring once after battling a foot injury in Wales.

“The youngster impressed with the championship team in the first half of the season and is now rejoining Nuno Espirito Santo’s first team at Compton Park,” said a statement from Wolves.

“The Wolves Academy graduate scored once in their unbeaten first four games for the Swans and helped another before an injury interrupted his time in Wales.

“After returning from a foot injury on Saturday, the 20-year-old will now return to Wolverhampton for the second half of the season.”

Gibbs-White returns to Molineux while the Wolves struggle with a series of injuries. Leander Dendoncker has been out for almost a month with a knee injury, but has returned to training.

Daniel Podence could be out for several weeks with calf problems, while Willy Boly has been absent with an Achilles tendon injury since mid-December.

Jonny (knee) and Raul Jimenez (fractured skull) are absent for a long time.

Keep track of all news and analytics Sky sports news and across Sky Sports‘digital platforms, including our dedicated Transfer center to blog.