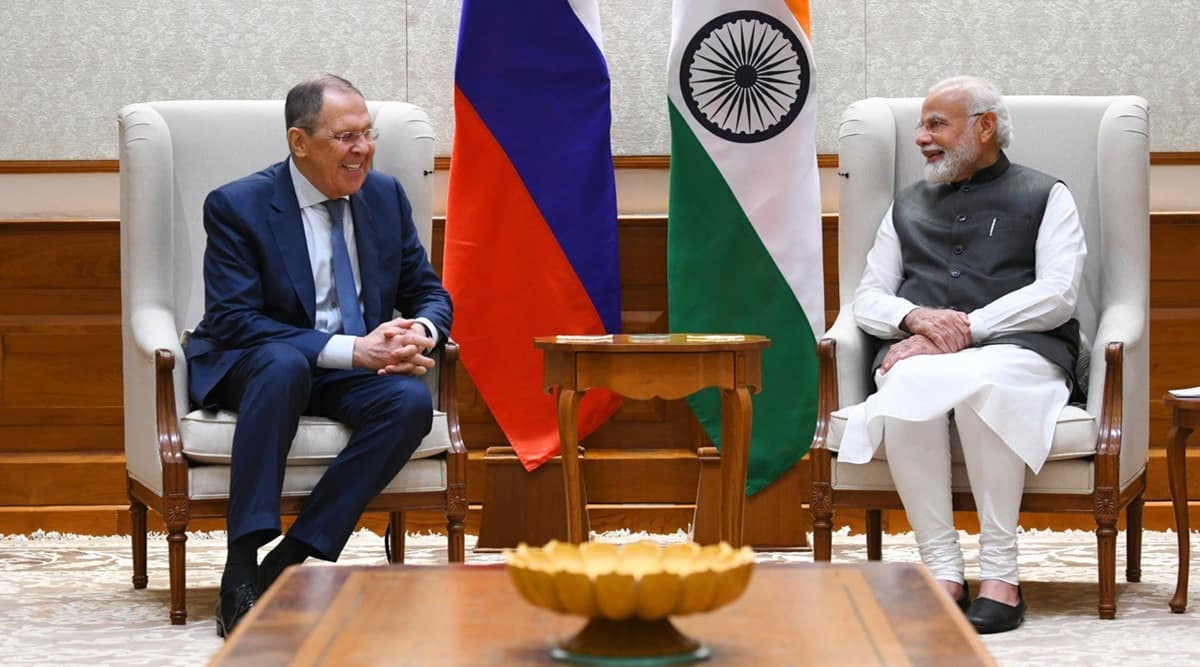 No one will object if India backs such a process: Russian Foreign Minister Lavrov on mediation in Ukraine

“If India wants to buy anything from Russia, we are ready to discuss it,” Lavrov said.

Lavrov met with Jaishankar on Friday, a day after the United States warned of consequences over attempts to “circumvent” American sanctions against Moscow.

The Russian foreign minister arrived in New Delhi on Thursday evening after completing a two-day visit to China.

After the meeting, Lavrov emphasized in a press conference that “India’s foreign policy is characterized by independence and a focus on genuine national legitimate interests.”

“The same policy is based on the Russian Federation, and that makes us good friends and loyal partners as big countries,” added the Russian minister.

Lavrov also stressed that Russia is determined to continue defense cooperation with India. He also said: “Discussions are informed by relationships we have built with India over many decades. Relationships are strategic partnerships… On this basis we have advanced our cooperation in all areas.”

He also highlighted the possibility that India could become a mediator between Russia and Ukraine and solve the problem.

He said: “India is an important country. If it sees playing that role that offers a solution to the problem… If it is with its position of just and rational approach to international problems, it can support such a process.”

Lavrov said efforts are being made to switch from the dollar to the local currency and will be intensified in the coming days.

Asked whether a ruble-rupee system for bilateral trade would be worked out, the foreign minister said countries “must find ways to circumvent obstacles”.

“More and more transactions are being conducted using national currencies, bypassing the dollar-based system,” he added.

In the opening speech at the talks, referring to the Russia-Ukraine conflict, Jaishankar said India supports the settlement of differences and disputes through dialogue and diplomacy.

“We have diversified our collaboration by broadening our agenda. Our meeting today takes place in a difficult international environment apart from the pandemic,” Jaishankar said. “As you know, India has always been in favor of resolving disagreements and disputes through dialogue and diplomacy. At our meeting today, we will have the opportunity to discuss current issues and concerns in depth,” he said.

People familiar with Lavrov’s visit previously said that the Indian side is likely to press for the timely delivery by Russia of various military hardware, as well as components of the S-400 missile system. Unlike many other leading powers, India has not yet criticized Russia for its invasion of Ukraine and has abstained from voting on UN platforms condemning Russian aggression.

However, last Thursday India abstained from a Russia-backed resolution on the humanitarian crisis in Ukraine, which was seen as reflecting its neutral stance on the conflict.

Prime Minister Modi held telephone talks with Russian President Vladimir Putin on February 24, March 2 and March 7. Modi had spoken twice to Ukrainian President Volodymyr Zelenskyy. Jaishankar told parliament last week that India’s position on the Ukraine conflict has been “steadfast and consistent” and has sought an immediate end to the violence.

(With contributions from agencies)