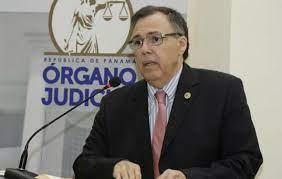 The judges who acquitted former President Ricardo Martinelli of political espionage – Iveth Francois Vega (President), Jennifer Cristine Saavedra Naranjo (Rapporteur) and Marysol Osorio Leyton (third judge) – remain in their positions â€œas long as no element arises, that we can assume it as there is a violation of the law said. The President of the Supreme Court, Luis RamÃ³n FÃ¡brega, on Monday 20th December.

“The Ministry of State is conducting an investigation and we very much respect this phase” […] we are on behalf of the collaborations they request ‘.

“We cannot avoid taking action, violating rights or suspecting illegal activity if we do not have sufficient evidence because of the judicial independence,” he said. ‘when we like judgments and when we don’t like them.’ “A judgment is neither good nor bad because it is what we want, it is the law,” he added.

FÃ¡brega confirmed that in “all cases” where illegal activities were found, the relevant complaints had been submitted to the MP.

He stated that taking administrative action against a judicial authority would require an affidavit and a charge with evidence and elements of a judgment.

“If in the future we have evidence or evidence that there is irregular action, you can be sure that we will go to the honorable Member (…) and we will see how circumstances develop,” he said.

The meeting of the video in question would have taken place on the afternoon of Sunday, October 31, 2021, in the restaurant of the Club Deportivo UniÃ³n EspaÃ±ola in San Francisco. When the trial of the ex-president resumed the next day, the defense announced that they were suspending the taking of evidence.

Hours after the video was released and the public dismissed the fact, former President Martinelli issued a warning: He will civilly sue and kidnap the property of those who wage a “dirty campaign” against him.


Disclaimer: MENAFN provides the information “as is” without any guarantee. We assume no responsibility or liability for the accuracy, content, images, videos, licenses, completeness, legality, or reliability of the information contained in this article. If you have any complaints or copyright issues related to this item, please contact the above provider.