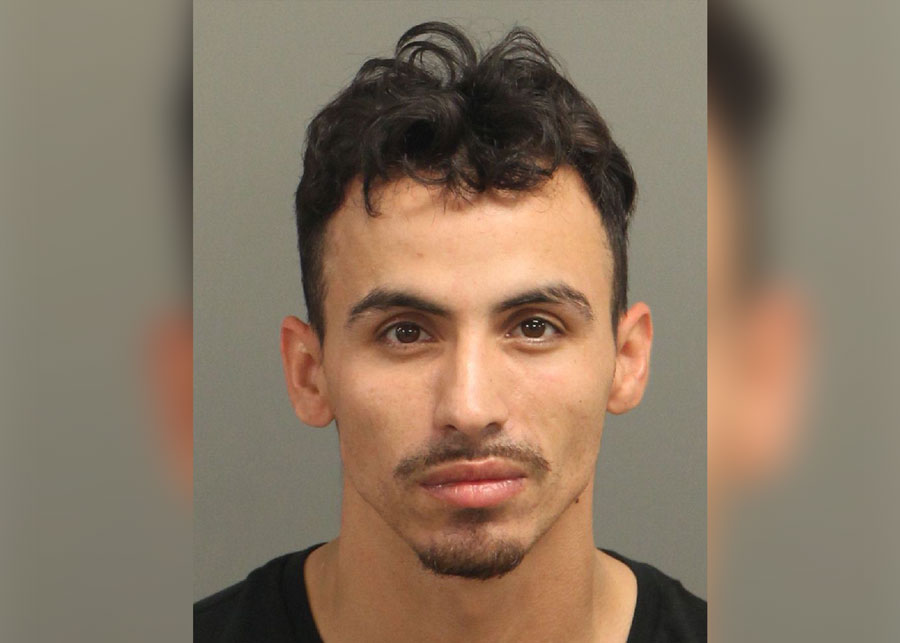 Raleigh man leads cops in pursuit of Garner Chipotle, who has been arrested on 40 counts: police

Just before 2:45 p.m. Thursday, Garner police officers responded to an automatic license plate reader in the parking lot of a Chipotle at 68 Eagle Wing Way in Garner. Police say they found a black Cadillac with a stolen license plate.

While trying to locate the driver of the car in Chipotle, police said the suspect ran out of the car, jumped into the vehicle and collided with several other vehicles in the parking lot, including police vehicles. The suspicious vehicle almost hit the officers standing in the parking lot.

Police said the driver led officers on a chase through Garner and into Raleigh, where the chase ended.

Investigators were able to identify the suspect as 27-year-old Joshua Ray Bibey of Raleigh.

Arrest warrants were obtained on Bibey for assaulting a government official with a deadly weapon, fleeing from flight, hit and run, dumping garbage, driving with a suspended driver’s license, possession of stolen property, displaying a fake license plate, violating window tint and resisting. Delay/Obstruction of an Investigation.

Bibey was arrested and charged with:

Bibey will appear in court in Wake County on Monday, Tuesday, October 24 and November 29, according to the North Carolina Judicial Branch website. The website also says he will have a court date for the arraignment in Johnston County on October 28.