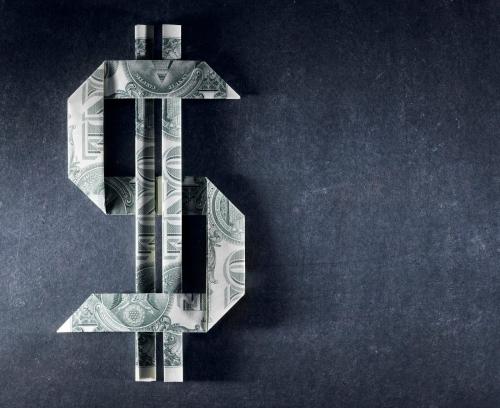 In a year of epic events, it is hard to imagine that reform in the financial services sector can be viewed as really meaningful. However, the abolition of consumer credit laws is significant, at least in relative terms.

Regulation – of everything – is about shifting responsibility. In the financial services industry, this means a shift in responsibility for product quality. Without regulation, it is the buyer’s responsibility to buy the right product – buyers beware. The trend over the past nearly two decades has been to shift this responsibility to financial service providers (such as financial planners and mortgage brokers) and product providers (such as lenders and fund managers). Reforms in this direction continue, including ASIC’s newly introduced product intervention power, which allows it to block sales of financial products that – while compliant – could likely harm consumers. Starting next year, financial product issuers will continue to be responsible for ensuring that their products are suitable for their target market and sold only to that target market through reforms known as Design and Distribution Obligations (or DDO).

Speaking to the release of the latest federal budget, Federal Treasurer Josh Frydenberg was right when he said that responsible credit reforms are the most significant in a decade because they reverse that trend. They even represent a major departure from the recommendations that Commissioner Ken Hayne’s treasurer gladly accepted in his final report and promised to implement them. The Treasurer has described these changes as introducing a “borrower responsibility” principle, which is a return to a principle of caution for buyers.

Among the proposed changes (with effect from March 1, 2021):

WHAT DOES IT ALL MEAN FOR BANKS, FINTECHS AND OTHER LENDER? And what about the borrowers?

The markets appeared to be evaluating the reforms positively for the banks. It is telling that the markets think it beneficial for banks to be able to provide “unsuitable” loans. Perhaps this just shows how weakly these laws have been perceived in the industry. ASIC’s guidelines on these laws – a de facto legal standard – are highly prescriptive. It was the fringes of this provision that led to the recent dispute in federal court between ASIC and Westpac, in which the court ultimately ruled in Westpac’s favor. However, this loss through ASIC should not have a negative effect on the laws themselves – on the contrary, this is how the system should work. Parliament makes laws and regulators try to enforce them. The courts decide and thus create clarity and certainty about the meaning of parliamentary laws.

The relevant credit laws are to be replaced by the regulatory credit requirements of the APRA. These, too, set out principles that limit bank lending and, once the proposed changes come into force, non-bank lenders as well. However, their focus is on the risk to the lender, not the borrower. ASIC describes them as separate sides of the same coin – APRA’s standards for reducing the risk of default for the bank and ASIC’s guidelines for reducing the risk of placing inadequate amounts of debt on the borrower. Due to the different orientation of the APRA standards, the lender is given much more leeway in quantifying and managing these risks. This enables lenders to self-assess the quantity and quality of data they need to make a loan decision. Significantly, the new rules will remove the need to verify a borrower’s information unless there is reason to believe that it is unreliable. A low-mortgage lending loan with security against high quality residential property in a capital city may not require detailed information (and an independent review of that information) about the borrower’s finances.

Fintech was largely born out of a desire – perhaps a competitive opportunity – to make financial services better, often through a better user experience. These changes will undoubtedly give fintechs the ability to develop simple, streamlined loan applications that eliminate the need for extensive document inquiries. By leveraging the advances in bank transaction data sharing enabled by the open banking system, a borrower could easily provide their prospective lender with access to a data feed of their recent transactions (which would eventually contain salary and expense information). It may not take much more for the lender to make their decision.

Borrowers will also benefit from free flowing credit at a time when we are told this is what we need. During the Royal Commission, Commissioner Hayne concluded that extending responsible lending laws to small businesses would have an undesirable slowdown on credit availability and recommended that it not be extended. He did not know, and no one could have foreseen, that these laws would disappear completely. However, the free flow of credit, coupled with current historical lows, is not without its risks. And time will tell whether these risks are adequately addressed by expanded prudential lending policies. Borrowers who take out credit through a mortgage broker will also enjoy some protection by the newly imposed duty on mortgage brokers to act in the best interests of the borrower.

A sleeper here is the role of the Australian Financial Complaints Authority (AFCA), the dispute settlement body available to disgruntled borrowers. With the applicable credit laws in place, many AFCA complaints alleged that the lender had failed to meet these obligations. The AFCA takes its role even broader, however, and sees one of its functions as ensuring fairness – a key tenet of the ASIC enforcement ethos, also cited by the Treasury Department as one of the remaining protections for borrowers. What the AFCA does with these changes and how they interact with fairness issues may well have an impact on how significant these reforms will be. For example, it could be that the AFCA believes that fairness involves more than just following less stringent regulatory standards and that some aspects of the current responsible lending framework serve as informal guidelines for fairness.

Responsible lending laws have been a prominent feature of the consumer credit landscape for a decade, and getting rid of them would matter any other year.

Most SMBs are confident of meeting their loan repayment obligations: survey, bank news and top stories

Findings for the future | news