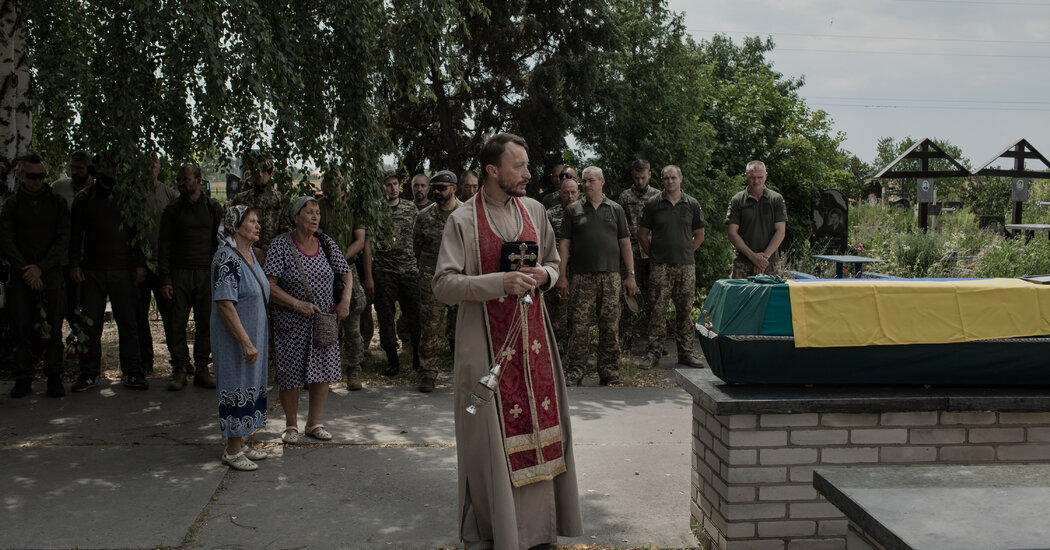 An estimated one-third of Ukraine’s population has been displaced from their homes since Russia invaded in February, including more than 6.27 million people displaced unseen within the country as the war rages on.

The number of internally displaced people dwarfs the 4.8 million Ukrainians who have fled to Europe as refugees.

While much of the country faced the brutality of the Russian invasion in the first few weeks, most of Ukraine’s displaced people are now coming from the east as that region becomes the center of the conflict.

Civilians from towns and cities across eastern Ukraine are flocking to trains and buses, fleeing to the relative safety of the west and northern capital, Kyiv. Some have set out in humanitarian convoys and navigated treacherous roads while threatened with gunfire or grenades. Others have walked and are literally running for their lives.

And as Russian forces are now training their artillery in Donetsk province in the east to conquer the entire industrial Donbass region, more people are being forced from their homes every day. Shelling by Russian forces killed five civilians in Donetsk in the past 24 hours, the head of the regional military government, Pavlo Kyrylenko, said on Wednesday via social messaging app Telegram.

For days, Mr Kyrylenko has been advising residents to leave the province, a sign Ukrainian authorities believe fighting will escalate. Officials hope to avoid large-scale evacuation attempts like those in the neighboring province of Luhansk, which has fallen to the Russians in recent days.

Only three million people have been officially registered as internally displaced, although the real number is believed to be more than double that. A lack of international humanitarian assistance has further strained local resources.

“The state was not ready for such a scale of displaced persons in many areas,” Vitaly Muzychenko, Ukraine’s Deputy Social Policy Minister, said this week at a news conference announcing new plans to register displaced persons for state benefits.

This mass displacement has transformed communities across the country, even those who have been spared the physical devastation of war. Shelters have sprung up in public buildings, student residences have been converted, and some modular houses have been set up to house the displaced.

Like refugees, the majority of IDPs are women and children, and many face shortages of food, water and basic necessities, according to UN experts.

Oksana Zelinska, 40, who was the head of a preschool in the southern city of Kherson now occupied by Russian forces, fled to the western city of Uzhhorod near the Slovakian border in April with her two children, a staff member and this woman’s children . Her husband stayed behind in Kherson and she would like to return, but she said she was staying in the west because of her children.

“When we came here I had to do something, it was difficult and I didn’t want to sit around and get depressed,” she said. “I wanted to be useful.”

She began volunteering in the communal kitchen she used when she arrived, peeling potatoes and preparing food for the dozens who arrived for a hot meal each day.

Helping displaced people return to their homes – or find new ones – is one of Ukraine’s greatest challenges, regardless of the outcome of the war. Some of their hometowns may not return to Ukrainian control. Others that are recaptured could be almost completely destroyed, with homes, water mains and other vital infrastructure pulverized by the Russian army’s scorched-earth tactics.

Why Liz Cheney is in big trouble in Wyoming