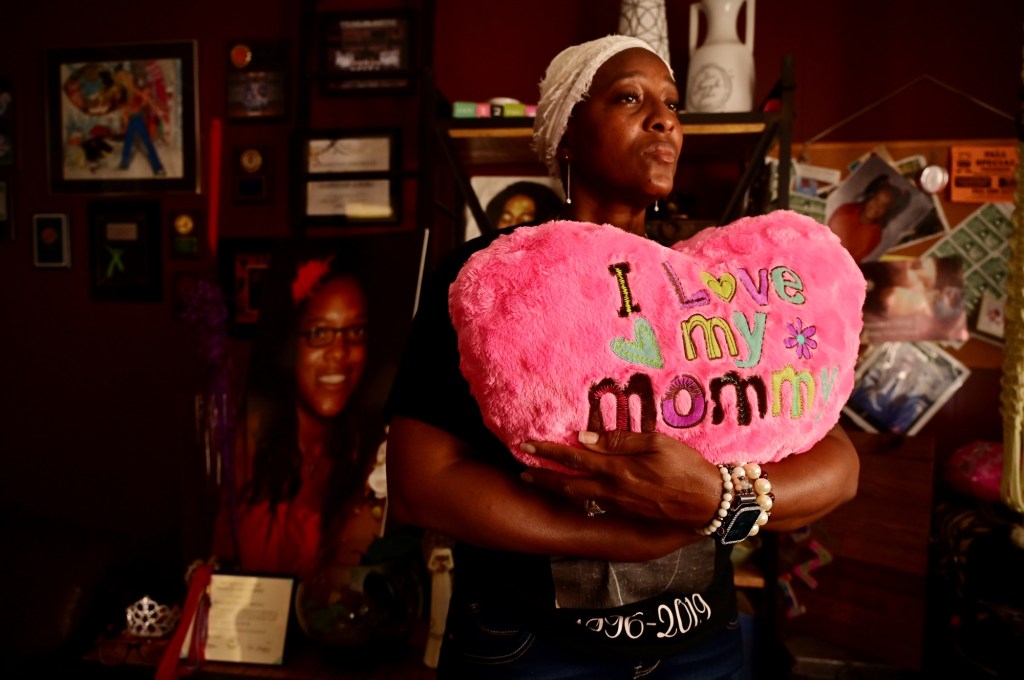 She worked in Colorado’s courts. But experiencing the justice system firsthand after her daughter’s murder prompted her to resign. – Greeley Tribune

Teresa Grimes spoke quietly when she finally got the chance to stand on the podium and to tell the dish of her daughter Destiny.

Before she was shot, Destiny Litt-Mcghee was the light child, she was loved, she was smart, Teresa told the Stille courtroom. Destiny taught herself to play guitar and piano and graduated from Manual High School with honors. Destiny was Teresa’s youngest child and the only one she called “mommy”.

Teresa wanted the judge, the attorneys, and the man who killed Destiny to finally know who was at the center of this court case that had dragged on for two years. As she spoke, her voice rose with anger.

Teresa told the judge that she spent six years and tens of thousands of dollars earning a criminal justice degree and that she worked for the Colorado Department of Justice as a juvenile probation officer. She understood how the system worked – she sat in courtrooms every day.

And yet Teresa could not believe that the man who had killed her daughter had been found guilty of manslaughter instead of murder, that the maximum sentence he faced would be six years. That instead of some semblance of peace, of closure, the trial had caused her even more pain.

“Where is the justice here?” Teresa asked, her husband Troy standing supportively behind her. “Shame on you! Shame on the jurors! Shame on the public defenders!”

In TV shows, films, and everyday conversations, the criminal justice system is portrayed as helping victims and their families find closure. The Colorado Judicial Branch’s mission statement states that one of the goals of the court system is to “facilitate recovery from victims and the community.”

But it doesn’t work that way for everyone. Dozens of families who have lost a loved one through violence run through the dishes from Denver every year. Some, like Teresa, are worn down by the machinations of the system designed to work for them.

“We were told that after (the trial) the court doors will open and we will walk through them and everything will get better, justice has been served,” said Patricia Wenskunas, founder and CEO of the Crime Survivors Resource Center. “But that’s not the reality.”

Nothing particularly went wrong in Destiny’s case, her family said. The police, prosecutors and victims’ attorneys treated her kindly and with respect. The shooter was convicted, albeit on lesser charges. Everyone did their job.

But the trial itself — and the slog of the court process that led to it — left Teresa rawer than she had been before. She listened as the shooter’s defense attorney tried to cast doubt on Destiny’s character. For six days she listened as attorneys and witnesses described the details of that day. Destiny was not in this courtroom, said Teresa, and those who knew her best could not speak for them during the trial. At sentencing, even the judge conceded that there was nothing she could do to restore the family.

Rather than healing, Destiny’s assassination and the ensuing trial broke Teresa from a career in and outside the criminal justice system that spanned more than a decade. Even before she spoke during that October hearing, Teresa wondered if she could return to her job. She resigned four months later.

“Being able to witness something like that beforehand just blew me away,” she said. “I’ve lost faith in the unjust system.”

As she finished her testimony during the October sentencing hearing, Teresa sang a song that reminded her of Destiny.

“You are my sunshine, my only sunshine,” Teresa sang as she finished her statement.

Her voice shook, she fell into Troy’s arms and she sobbed.

“No one got it right”

Fate spoke softly, but loved big. As a child, she was the peace stifter among her siblings, as was the child who could force Teresa to clap.

In high school, she played basketball, softball, and joined the cheerleading team. She was the sister her siblings turned to for advice. All of her friends’ parents saw her as one of their own. She was a caregiver – the only grandchild to take care of her grandmother’s feet. When Teresa went back to college, Destiny tutored her in math.

She showed up early at every Thanksgiving to help her mother, her family said in interviews. She was aware of her lanky size, the size of her hands and feet, but Teresa loved her because of these things.

“She was just me again,” Teresa said. “She loved hard, she worked hard, she learned to work for what she wanted.”

“She really came into her own before she died,” Troy Grimes said.

But Destiny’s personality and legacy were not honored during the criminal trial of the man who killed her, Teresa and Troy said.

Destiny died on August 9, 2019, at the age of 23, after a neighbor got into an argument with Destiny’s husband and shot them both, according to the gunman’s affidavit. Destiny’s husband survived the shooting, although he died in an unrelated incident last year.

At the trial, much of the testimony revolved around the behavior of the shooter and Destiny’s husband, whether or not they had drugs on them. The shooter’s defense attorney attempted to question Destiny’s character, which enraged her family. It felt like a drug trial, Teresa said, not a child death trial.

Prosecutors charged the shooter with first-degree murder, but the jury acquitted him of those charges and instead found him guilty of manslaughter.

First-degree murder charges require prosecutors to convince the jury that the defendant intended to kill the victim or acted with such extreme indifference to the value of human life that he knew, or should have known, that what he was doing was of great importance represented a risk of death. In the event of an indictment for manslaughter, the jury only find that the accused acted lightly, a lower legal standard.

Then Teresa and her family sat at the sentencing hearing as the shooter’s defense attorney described him as a “great” and “honest” man with a “bright future ahead of him.”

The judge sentenced the shooter to six years in prison — the maximum allowable — and three years probation, and ordered $7,500 in damages. The automatic penalty for a first-degree murder conviction is life in prison without parole.

“There is no judgment that will restore you,” Denver Circuit Judge Jennifer Torrington said as she delivered her verdict after acknowledging the Grimes family’s pain.

Teresa wasn’t naïve about the criminal justice system—she had always been interested in it. She wanted to be a police officer and tested herself for positions with the Denver Police Department, but she was a single mother with children in elementary school at the time and was unable to implement the training and testing schedule. She earned an associate degree in juvenile justice, a bachelor’s degree in criminal justice administration, and began a master of science degree in psychology in 2021.

Instead of police work, she worked in security at Denver Public Schools for 15 years and then at the Denver Juvenile Probation for five years. She loved the work and her colleagues.

But in February she quit her job on probation.

“It’s all wrong,” she said. “We did everything wrong.”

“The way you cry is different”

Most of Teresa’s family doesn’t like to think about the trial, the whole trial in court.

“I know that this process should be restorative that the voices of the victims should be heard,” Troy told the judge. “None of this means anything. You can’t do us justice. Neither this dish nor the people sitting in it were meant to be from the start.”

Some victims are finding the court process healing, said Wenskunas of the Crime Survivors Resource Center. It can help to find closure, sew up a tiny part of the tear of loss. Every victim is different and definitions of justice vary, she said.

“But when it’s not going smoothly, it’s like pouring acid on a wound,” Wenskunas said. “It can be a system that re-victimizes the victim altogether.”

Since the conviction and leaving her probationary job, Teresa has spent more time healing. Almost three years have passed and Destiny’s loss is felt every day. But Teresa is back from the abyss. Loss is never easy, but becomes manageable, she said.

“The justice system is what it is,” she said in March. “Our healing is ours.”

Teresa has landed a new job at the Struggle of Love Foundation, a nonprofit organization in far northeast Denver that offers a variety of charitable services. As director of the nonprofit’s youth mental health program, Teresa helps connect young people with mental health services. She maintained a 4.0 GPA in her master’s degree.

Months after Destiny was killed, Teresa was angry with God. She swore at him. Everything was a void and she felt herself slipping into it.

But her family held her tight. She realized that if the legal system couldn’t give her justice, she had to find it within herself. She learned to pray again. She learned how to smile again.

In the evenings, Teresa now sits in her room, where the window faces west, to meditate. When the sun goes down, its last golden rays settle on her face.

Sara Duterte, daughter of the outgoing President, sworn in as Philippines Vice President