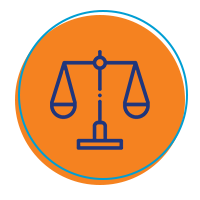 SACRAMENTO – Gov. Gavin Newsom made the following statement today, following Chief Justice of the California Supreme Court Tani cantil-Sakauye’s announcement that she will not seek re-election and will end her current term on January 1, 2023: “In her more than 10-year tenure as head of the California Department of Justice, Chief Justice Tani cantil-Sakauye has led our state’s courts through times of great challenge and opportunity, championing important reforms to make our justice system fairer and more transparent, and to expand equal access to justice for all Californians. “Born and raised in Sacramento to farmhand parents, Chief Justice cantil-Sakauye learned early on the importance of knowing your rights and standing up to injustice. She served with distinction at all levels of the state courts before breaking barriers as the first person of color and second woman to serve as the state’s Chief Justice. “A fierce defender of access to justice, she fought against immigrant searches of courthouses targeting vulnerable victims and witnesses to crime. During the pandemic, their tireless efforts modernized operations and expanded access to service in California’s courts while maintaining jobs and safe personal access for those who need it. Chief Justice cantil-Sakauye has been a leading voice for bail reform, noting its disproportionate impact on low-income people and raising awareness of the unfair financial hardship imposed by fines and fees on those who cannot afford them. “From the aftermath of the Great Recession to a global pandemic, Chief Justice cantil-Sakauye has led with a deep commitment to the rule of law, California values ​​and the highest ideals of public service. On behalf of a grateful state, I thank Chief Justice Tani cantil-Sakauye for her nearly four decades of service to the people of California and wish her well in her next chapter.”