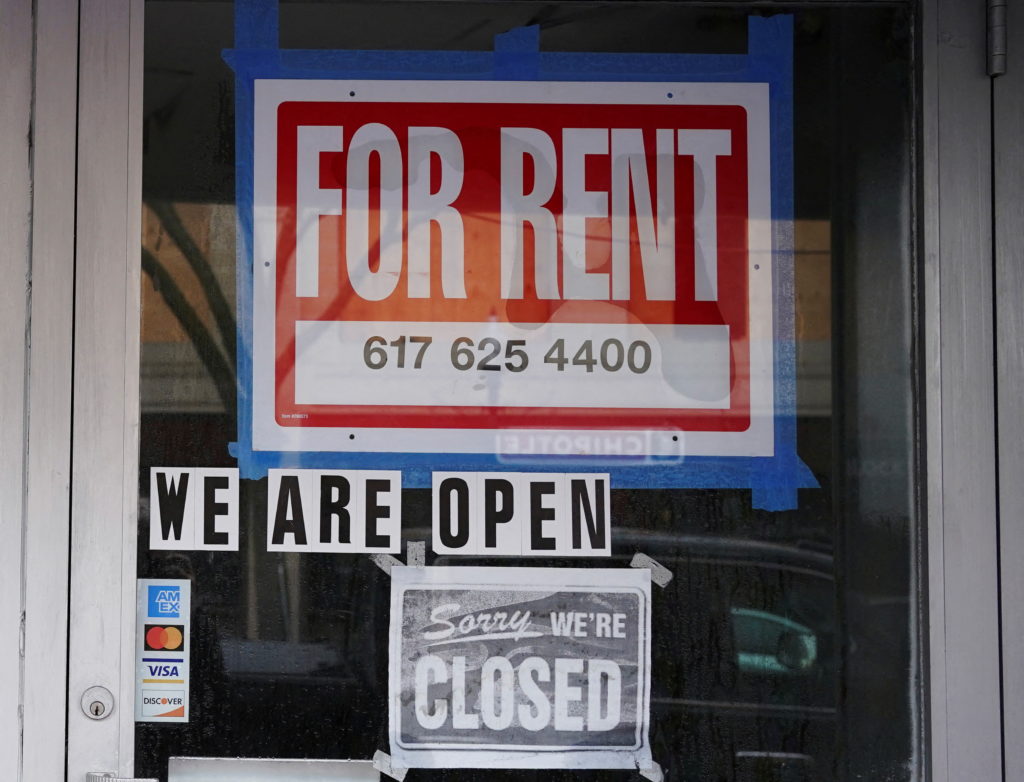 At her nonprofit office in central Nebraska, Karen Rathke regularly meets residents still reeling from the pandemic hoping for help with rent.

Heartland United Way President Rathke hoped to receive an additional $120 million in federal emergency rental assistance to help them. But that money, part of what’s known as ERA2, is in jeopardy after Republican Gov. Pete Ricketts said he didn’t want it.

Many other states have paid back tens of millions of dollars in unused rent subsidies in recent months because they have so few tenants — but only Nebraska has flatly rejected the subsidy.

“I’m very worried about not having anything,” Rathke said of the federal money that may be made available over the next three years for everything from rent to eviction prevention services to affordable housing measures.

“All these charities, when people come to them and ask for help, the bucket is empty,” she said. “It’s hard to tell people no, to tell people we don’t have the resources to help them.”

CONTINUE READING: California lawmakers agree to help cover some of the unpaid rent

The debate is playing out across the country as the Treasury Department begins reallocating some of the $46.5 billion in rental subsidies from places that are slow to spend to others that are short of funds.

The Treasury Department announced earlier this month that over $1 billion in ERA1 funds will be shifted, bringing a total of $2.3 billion to reallocation this year. Bigger states like California, New York, New Jersey and Texas will get hundreds of millions of dollars in additional money. Native American tribes, including the Oglala Sioux Lakota of South Dakota and the Chippewa Cree of Montana, are also receiving tens of millions of dollars in additional aid.

Those losing money are almost all smaller Republican states with large rural populations and fewer renters. Many were slow to spend their share as required by the program rules, so they either voluntarily returned money or accepted it. Some, like South Dakota, Wyoming, and New Hampshire, tried unsuccessfully to use the money for other things like affordable housing.

Treasury Department officials, housing advocates and many Republican governors argue that there is still plenty of money to help renters in these states and that redistribution is putting money where it’s needed most. Montana, for example, returned $54.6 million but still has $224.5 million. West Virginia has returned more than $42.4 million, according to the Treasury Department, but still has $224.7 million on its hands.

CONTINUE READING: Rents are at “crazy” levels across the US with no improvement in sight

“We’re trying to redistribute the best we can,” said Gene Sperling, who is tasked with overseeing the implementation of President Joe Biden‘s $1.9 trillion coronavirus rescue package. “This is a balancing act, but one that’s rooted in a commitment to getting as many resources as possible to most people in need.”

North Dakota returned $150 million of its $352 million and said it could not effectively spend all of the money by the deadline. The state believes that the remaining funds are sufficient to meet the needs of beneficiaries.

South Dakota had to return more than $81 million — although more than $9 million went to Native American tribes in the state. Gov. Kristi Noem suggested the money wasn’t necessary, adding, “Our tenants enjoy something even better than government handouts: a job.”

But Democratic Senator Reynold Nesiba said there was a lack of awareness of the rent subsidy and criticized the state for not doing more to promote it. He pointed to a $5 million tourism advertising campaign paid for with coronavirus relief funds and questioned why this level of advertising wasn’t being done for pandemic relief programs.

Meanwhile, organizations helping to manage rental support that is still available anticipate an ongoing need. The state has long faced a rush for affordable housing that has only intensified during the pandemic.

Several states argued the redistribution corrected a flaw in the program, which created a funding formula based on population rather than the number of tenants in a state.

“Congress … failed to consider Wyoming’s small population, income levels, the real needs of tenants and the fact that the majority of Wyoming homes — 70% — are owner-occupied,” said Rachel Girt, communications coordinator for the state’s rental assistance , according to the state, grossed $164 million out of $352 million. Another $2.8 million was transferred to the Northern Arapaho Tribal Housing Program and the Eastern Shoshone Housing Authority.

Josh Hanford, commissioner for the Vermont Department of Housing and Community Development, noted that the $352 million it received far exceeded the $25 million that Memphis, of a similar population, had received.

“As long as we are able to support all of our eligible households, hopefully people will see that there is a greater need in other parts of the country that have received much less support per household,” Hanford said when asked , whether the state returns $ 31 million.

In Nebraska, the loss of money is expected to hit rural areas hardest.

The state program has already reallocated $85 million of its $158 million in ERA1 to its largest cities of Omaha and Lincoln and their respective counties. It’s still nearly $30 million. Without the additional $120 million in ERA2 funds, an analysis by the University of Nebraska-Lincoln’s Center on Children, Families and the Law found renters in Omaha and Lincoln will still receive assistance after September, but those in other counties will not .

Ricketts, the governor of Nebraska, defended the decision not to accept the additional money.

The state “has received and distributed an unprecedented amount of federal funding over the past two years to help Nebrascans weather the storm,” he wrote in an opinion column. “But at some point we have to acknowledge that the storm is over and get back to the Nebraska Way. We must beware of becoming a welfare state in which people are incentivized not to work and encouraged to rely on government handouts long after an emergency has ended.”

However, housing advocates say his decision will leave many vulnerable tenants without a lifeline. Tenants in rural areas often have access to fewer resources, including affordable housing, internet access and reliable transportation.

Lawmakers passed legislation last month requiring the state to request the money. But Ricketts vetoed it, saying the state “must beware of big government socialism.” If lawmakers don’t override their veto, the money will likely be reallocated to other states by the Treasury Department.

“We know from communities across Nebraska that the need is not only real, but real,” said Erin Feichtinger, director of policy and advocacy for social services agency Together.

“There really is no good reason not to use these funds. It’s money that’s allocated to Nebraskans,” she said. “Nothing bad will happen if we accept this funding, but a lot of bad things can happen if we don’t.”

Captain vs. America: Pakistan’s Khan drags US into regime change