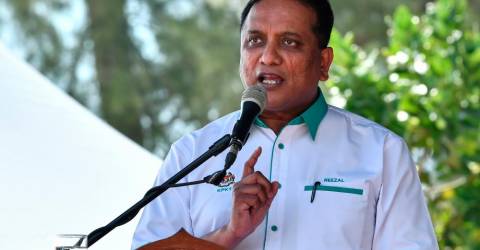 MALACCA: The People’s Housing Project (PPR) is an ongoing commitment by the federal government to providing a housing program that has received new life and direction since its inception four decades ago.

Minister of Housing and Local Government (KPKT), Datuk Seri Reezal Merican Naina Merican (picture) said the program is a moral and social obligation by the federal government at all levels to ensure those in need are provided with affordable housing, particularly the B40 group.

“The PPR started in 1982 during the 4th Malaysia Plan and is known as Low-Cost Public Housing. The ministry will ensure that the housing agenda for people is always promoted and improved.

Reezal said the reserve price and the ability to apply for a PPR have continued to improve with recent household income and the increasingly challenging economic situation at the moment.

This is to ensure that the provision of PPR with a sufficiently high subsidy benefits those in need, taking into account the social mobility that will occur in the long term.

Overall, the minister said the federal government has committed to spend around RM 354 million to build all six PPR projects in Malacca. — Bernama

Amid mounting reports of hate crimes, the federal government has urged a $44 million…

USDA is getting tougher on Salmonella in chicken products