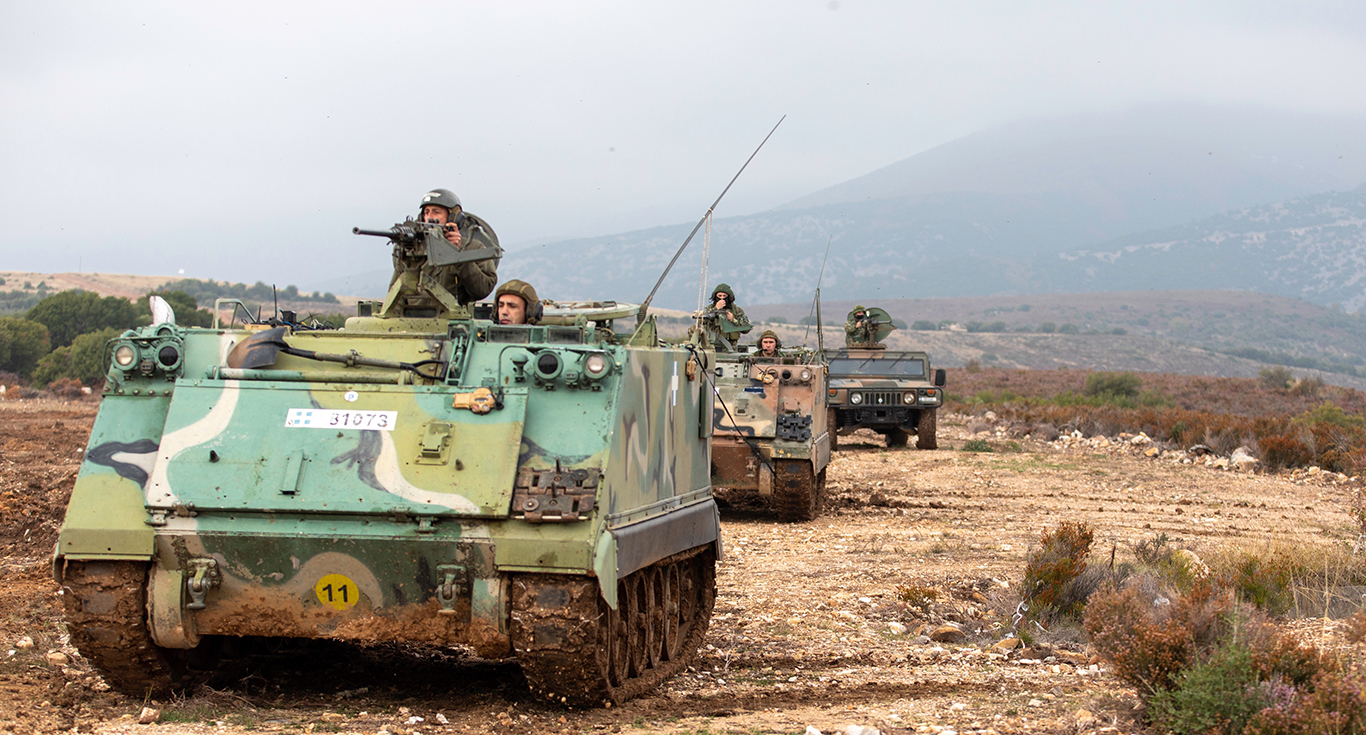 The US and Greece completed their joint military exercises on Tuesday. The US Army and the Hellenic Armed Forces had spent ten days together to strengthen their military ties through naval and land exercises.

The exercises, known as Olympic Cooperation 21, were incorporated into the Mutual Defense Cooperation Agreement (MDCA) between the United States and Greece. The Greek military collaborated with the American 1st

The training gave the militaries of both countries a deeper understanding of each other as the US prepares to expand its presence in Greece beyond Xanthi and Alexandroupoli.

The two countries also held a joint military exercise in the Aegean Sea. The statement released by the Greek General Staff said that the two countries were holding a joint training exercise in the Aegean Sea, and that Greek Chief of Staff Konstandinos Floros and US Ambassador to Athens Geoffrey Pyatt were visiting the US warship USS Mount Whitney, the US 6th Fleet, which is on participated in the exercise.

In the statement it was noted that communication and maneuvering exercises were carried out during the PASSEX type exercise, in which ships of the Greek naval forces and combat aircraft of the Greek air force also took part.

The US and Greece last month strengthened their bilateral relations by signing the renewal of the Mutual Defense Cooperation Agreement (MDCA).

At a ceremony at the State Department, US Secretary of State Antony Blinken described Greece as a reliable ally and pillar of stability in his joint statements with Greek Foreign Minister Nikos Dendias.

â€œWe believe that Greece and the United States can together become an even more powerful force for peace, prosperity and human dignity. Because that’s what we both basically stand for, “said the US Secretary of State.

Regarding the MDCA, Blinken said, â€œThis update will allow the agreement to remain in effect indefinitely and allow US forces in Greece to train and operate from additional locations. Today we are strengthening our defense cooperation. “

For his part, Dendias said that Greece’s actions are based on peace, while recalling that our country is threatened with war from Turkey if it exercises its sovereign rights.

â€œIn the eastern Mediterranean, where Greece faces a casus belli, a threat of war if it exercises its sovereign rights, and I have to say Greece faces daily provocations. Greece seeks to resolve disputes through diplomacy and always in accordance with international law, â€said Dendias.

The Greek Foreign Minister also referred to the defense cooperation between Greece and France, stressing that it strengthens the European arm of NATO.

â€œThis agreement will help improve our defenses. It will also help strengthen the European pillar of NATO, which is very, very important, and a more equitable sharing of the burden between the two sides of the Atlantic, because Greece is and will remain a full ally of NATO.

The five-year extension will allow Washington to invest strategically and geopolitically in Greece, Greek diplomatic sources said. The two ministers will also open the third round of the strategic dialogue between Greece and the US.

The extension comes a week after the Greek parliament ratified a pact with France stating that Greece will buy three French frigates that will be delivered in 2025 and 2026 towards European strategic autonomy.

The Greek Prime Minister Kyriakos Mitsotakis, referring to the “casus belli” proclaimed by the Turkish National Assembly in 1995, stressed that the agreement provides for mutual defense aid in the event of a third party attack on one of the districts.