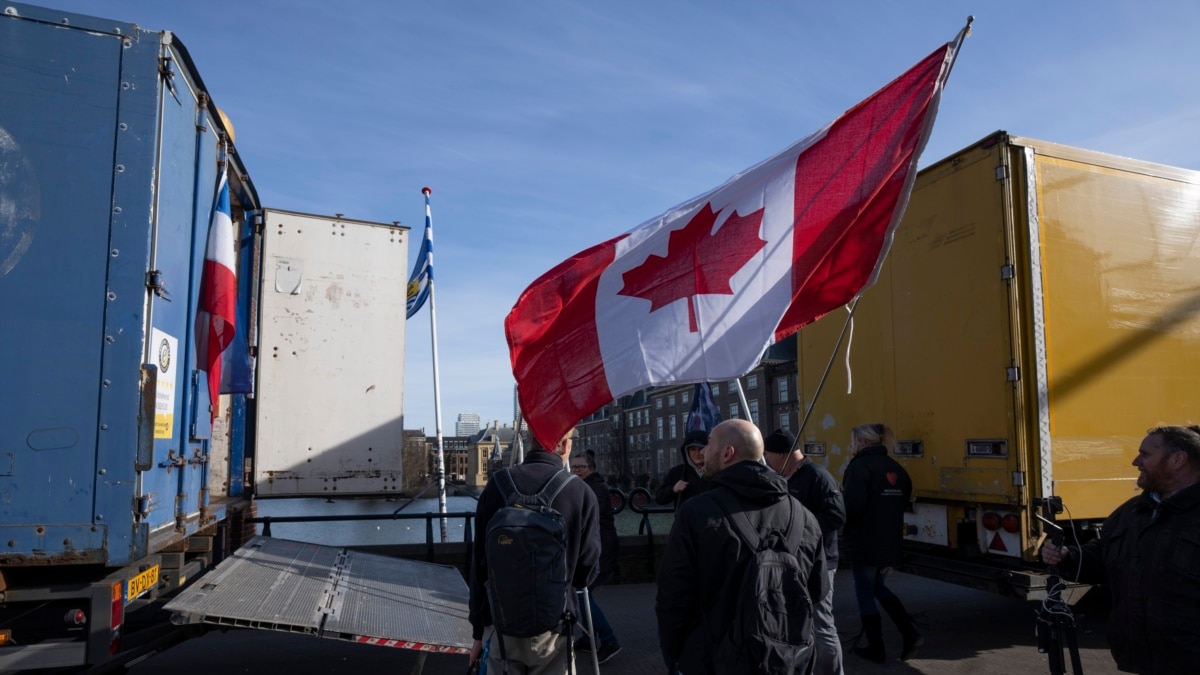 Trucker-led protests over coronavirus vaccine mandates that began in Canada’s capital Ottawa and spread to the US-Canada border are prompting copycat protests in Europe and elsewhere around the world.

Truckers demanding an end to Canada’s coronavirus restrictions launched the “Freedom Convoy” protests that eventually blocked the bridge connecting the Midwestern city of Detroit and Windsor, Ontario, Canada, as well as other key passages between the two countries . The closure disrupted the North American auto industry.

Police said they began enforcing the order after a judge issued an injunction ending the blockade on Friday when Canada’s province of Ontario declared a state of emergency.

The protests have sparked “Freedom Convoy” demonstrations in France, Australia and New Zealand.

In Paris, protesters from the Freedom Convoy in vehicles disrupted traffic around the Arc de Triomphe on Saturday, despite orders not to enter the city to demonstrate. After managing to get past police checks in central Paris, motorists were seen defiantly honking their horns and waving flags. Police said they stopped 500 vehicles and issued 300 tickets.

Anti-vaccination rallies held in New Zealand and Australia in recent days gained momentum on Saturday as protesters blocked roads and disrupted life in their capitals.

Around 10,000 protesters rallied at Canberra’s main exhibition center, blocking roads and forcing the cancellation of a popular book fair. Police said three people had been arrested, but protesters had generally been “good”.

In the New Zealand capital of Wellington, hundreds of demonstrators rallied on Parliament grounds for a fifth day despite heavy rain.

While the protests in New Zealand and Australia, both heavily vaccinated countries, were relatively small, they occasionally turned violent.

As the crowds of protesters grew despite the downpour at Wellington’s Parliament Grounds, some danced and shouted and one group performed a Maori haka, a ceremonial indigenous dance.

After days of failed efforts to disperse protesters using tactics like soaking in sprinklers, House Speaker Trevor Mallard resorted to a sound system Saturday night to drown out vaccine messages, blasting out decades-old Barry Manilow songs and the catchy hit “Macarena.” 1990s belted out ” on a repeat loop.

The protesters responded by blowing up their own songs, including Twister Sister’s “We’re Not Gonna Take It.”

Canadian Prime Minister Justin Trudeau is being pressured by opposition party leaders to intervene in the protests, while US President Joe Biden’s administration has urged the Trudeau administration to use federal powers.

Trudeau has told Biden he will act quickly to end the protests. After a phone call with Biden on Friday, Trudeau said all options to end the lockdowns were being explored, adding that the fallout was “getting more serious.”

Some information for this report comes from Agence France-Presse, The Associated Press and Reuters.s in 2018.