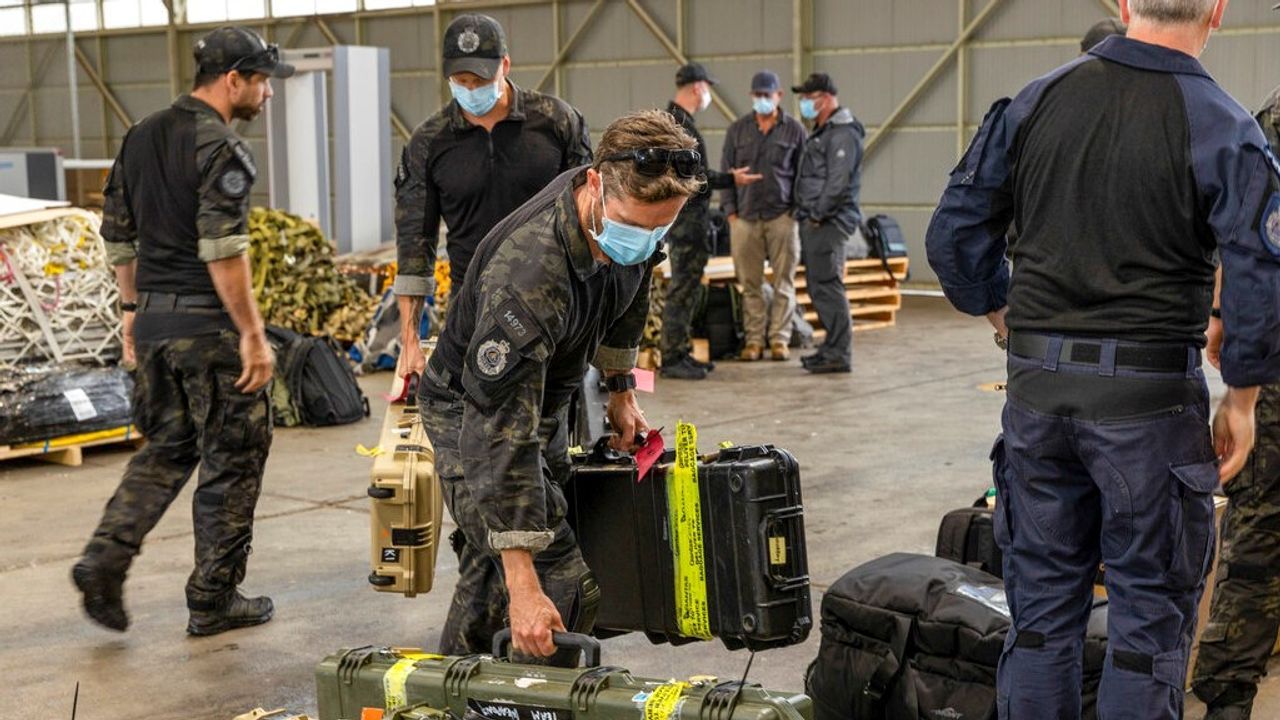 US pressure on Solomon Islands relations with China is mounting

American foreign policy strategists are sounding the alarm over the developing relationship of the Solomon Islands with China.

Officials in the small Pacific country received riot equipment from the Chinese government late last month. Local police and government officials and the Chinese ambassador attended a ceremony at Honiara Airport. Police Secretary Dickson Mua said, “This program is part of a larger program that will be delivered in the coming months. And it is only fair to say that this advancement support is a sign of how our friendship will grow over time. “

Both American and Australian imperialist strategists fear that the move will anticipate a larger military effort in what they see as their exclusive “sphere of influence” without any international legal basis.

the Wall Street Journal dedicated an editorial on December 31, entitled “Beijing Courts the Salomon Islands” to these developments. It is telling in itself that the editorial staff of America’s leading financial capital organ is discussing the situation in the small Pacific state (population 700,000). No area on the planet is now exempt from US imperialism’s efforts to counter China’s supposed challenge to its geostrategic supremacy.

the Wall Street Journal The editorial first reminded readers of the great battle of Guadalcanal during World War II in 1942, which it said “demonstrated the vital importance of the Solomon Islands for the security of the Pacific”.

the diary continued, “As Beijing tries to oust the US as the dominant power in the Pacific, it is building a small police presence in the Solomon Islands that could easily grow. This development underscores the importance of the US engagement with the small but strategically sovereign states in the world’s largest ocean. “

The editorial was in the form of a warning to foreign policy makers and military strategists in Washington. “The South Pacific hasn’t received much US attention since World War II,” he noted, “but China’s advance into the Solomon Islands shows it deserves more.”

the Wall Street Journal also an implicit criticism of the role of the Australian government. “Australia, which led a peacekeeping force in the Solomon Islands from 2003 to 2017, sent security forces back last month to control the unrest,” the newspaper said. “Canberra would prefer a Solomon Islands government that is less vulnerable to Beijing’s influence, but it has helped suppress political violence [Prime Minister] Sogavare’s name. “

This related to the aftermath of a failed coup against the government of Prime Minister Manasseh Sogavare last November. On November 24th, a large crowd tried to storm parliament and overthrow the government. After being repulsed by the police, the mob looted and burned large parts of the capital Honiara, destroyed shops and killed three people for three days.

These forces were dominated by supporters of Daniel Suidani, Prime Minister of Malaita Province. Suidani has spoken out against the diplomatic recognition of Beijing and has illegally upheld his own Taiwan-oriented “foreign policy”. To do this, he has received crucial US funding and political support.

Washington’s provocative support for Suidani and his violent separatist supporters was not mentioned in the Wall Street Journal editorially, in line with the US and Australian media blackout on the matter.

The complaint that the Australian armed forces deployed in late November hampered efforts to remove Sogavare is a call for a major “regime change” operation to be organized.

Right-wing foreign policy commentator Cleo Paskal from the anti-communist Foundation for the Defense of Democracies also expressed dissatisfaction with the Australian troops and the police. She previously criticized the “nonsense” of continuing to award “US diplomacy and statecraft in the Pacific Islands” to Australia and New Zealand.

In a Jan. 1 comment, “China assumes new role as Pacific Islands policeman,” she accused Canberra of failing to foresee and refuse the 2019 diplomatic move of Sogavare’s government from Taiwan to China: “Washington was on Instructed by the Council of Australia, which led a peacekeeping mission in the country from 2003 to 2017. However, Canberra either wasn’t aware of how close the country was to a move or thought it wasn’t a concern. Either way not good. “

It remains unclear whether the Australian armed forces will go “home”. Most of the dozen soldiers deployed have been withdrawn in the past 14 days, but there are still about 15 soldiers and 40 federal police officers.

The possibility of maintaining a larger, semi-permanent presence in the country is currently being discussed within Australian foreign policy.

Deakin and RMIT university scholars Matthew Clarke and Simon Feeny published an article in the Canberra times on December 31: “Australia will not leave Honiara unless China does it first.”

They stated, “Given Australia’s long history in the region, any increase in Chinese influence in the Pacific can only come at the expense of Australia. […] China’s offer of support and its acceptance by the Solomon Islands government will cause great concern for Australia and its international security partners. It will not voluntarily give up Australia’s influence in the region, but neither can it expect it to be unquestioned by others with similar goals.

“As such, it would be reasonable to expect that the Australian forces that arrived in the Solomon Islands a month ago will not only be there longer than we originally expected, but that they may continue to grow in number. Australia certainly won’t leave Honiara unless China does first. So it can be another long mission. “

The situation in the Solomon Islands is yet another charge against US and Australian imperialism. Talk of respecting the national sovereignty of small nations and observing basic rules of international law is quickly abandoned when geostrategic interests are at stake. Preparations to destabilize and possibly overthrow the government of Sogavare threaten a major crisis in the impoverished Pacific country.

After three decades of US-fought wars, the outbreak of a third world war, fought with nuclear weapons, is an immediate and tangible threat.