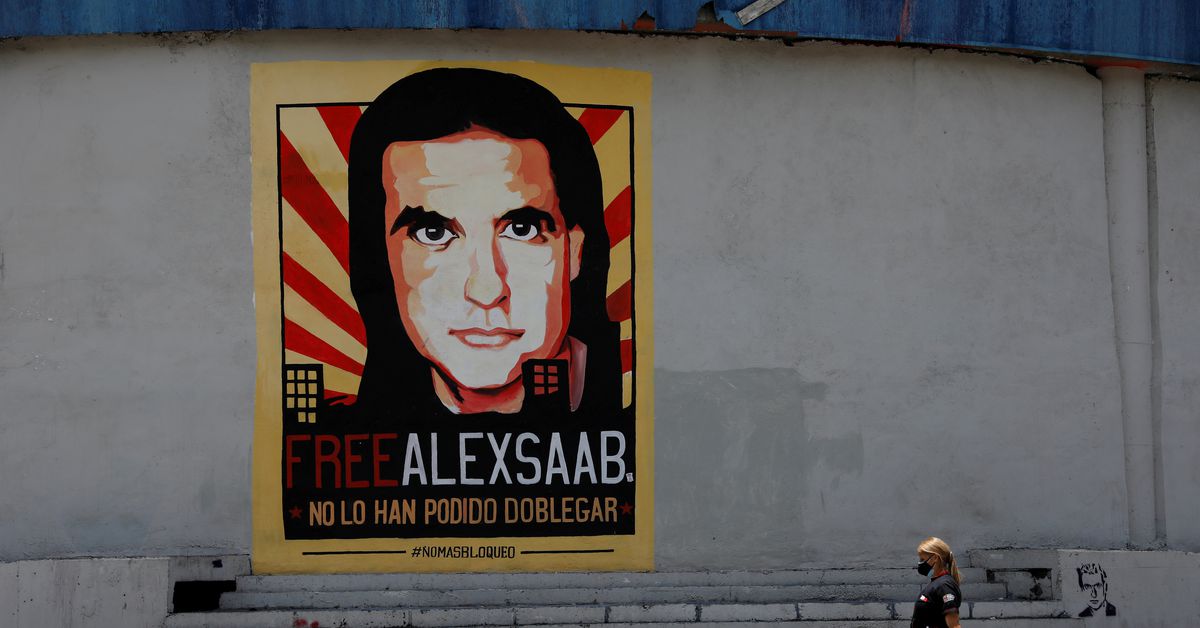 CARACAS / PRAIA, Oct. 16 (Reuters) – Venezuela announced on Saturday that it would suspend negotiations with the opposition, due to resume this weekend, after Cape Verde brought Colombian businessman Alex Saab, a Venezuelan envoy, on charges of money laundering the United States had extradited.

This was announced by the Socialist MP Jorge Rodriguez, who heads the government’s negotiating team. Rodriguez said the Venezuelan government will not participate in the talks starting Sunday.

The Venezuelan government appointed Saab – who was arrested in June 2020 when his plane stopped to refuel in Cape Verde – as a member of its negotiating team in September in talks with the opposition in Mexico, where both sides are trying to resolve their political crisis.

Rodriguez, reading from a statement, called the decision to suspend negotiations “an expression of our deepest protest against the brutal aggression against the person and the inauguration of our Delegate Alex Saab Moran”.

“With this irresponsible stance of your aid in Mexico you are once again escaping the urgent attention to the country, which is currently suffering from extreme poverty of 76.6 percent,” he said on Twitter. Guaido said he would continue to insist on finding a solution to the country’s crisis.

Hours after Saab’s extradition, Venezuela has lifted the house arrest of six former executives at the refiner Citgo, a US subsidiary of the state-owned oil company PDVSA, two sources familiar with the situation and a family member told Reuters.

The U.S. Department of Justice charged Saab in 2019 in connection with a bribery program to take advantage of Venezuela’s state-controlled exchange rate. The US also sanctioned him for allegedly orchestrating a corruption network that enabled Saab and Venezuelan President Nicolas Maduro to benefit from a state food subsidy program.

Saab’s lawyers have described the US indictment as “politically motivated”.

The Cape Verdean national radio reported on the delivery on Saturday. The Cape Verde government was not immediately available for comment.

A U.S. Department of Justice spokesman confirmed Saab’s extradition and said he was expected to appear in the U.S. District Court for the Southern District of Florida on Monday.

In a Twitter post, Colombian President Ivan Duque described the extradition of Saab as “a triumph in the fight against drug trafficking, money laundering and corruption by the dictatorship of Nicolas Maduro”.

Former Citgo executives arrested in November 2017 after being called to a meeting at PDVSA headquarters in Caracas were taken from their homes to one of the intelligence police headquarters, two sources said Saturday.

The six former executives were released from prison in April and placed under house arrest. Continue reading

The group consists of five naturalized US citizens and one permanent resident. The US government has repeatedly requested their release.

“My father cannot be used as bargaining chip,” said Cristina Vadell, daughter of former CEO Tomeu Vadell. “I’m worried about his health, all the more given the country’s coronavirus cases.”

The Ministry of Communications and the Attorney General’s Office did not immediately respond to requests for comment.

Reporting by Mayela Armas and Deisy Buitrago in Caracas and Julio Rodrigues in Praia; Additional coverage by Daphne Psaledakis in Washington; Writing from Bate Felix and Julia Symmes Cobb; Editing by Daniel Wallis and Leslie Adler