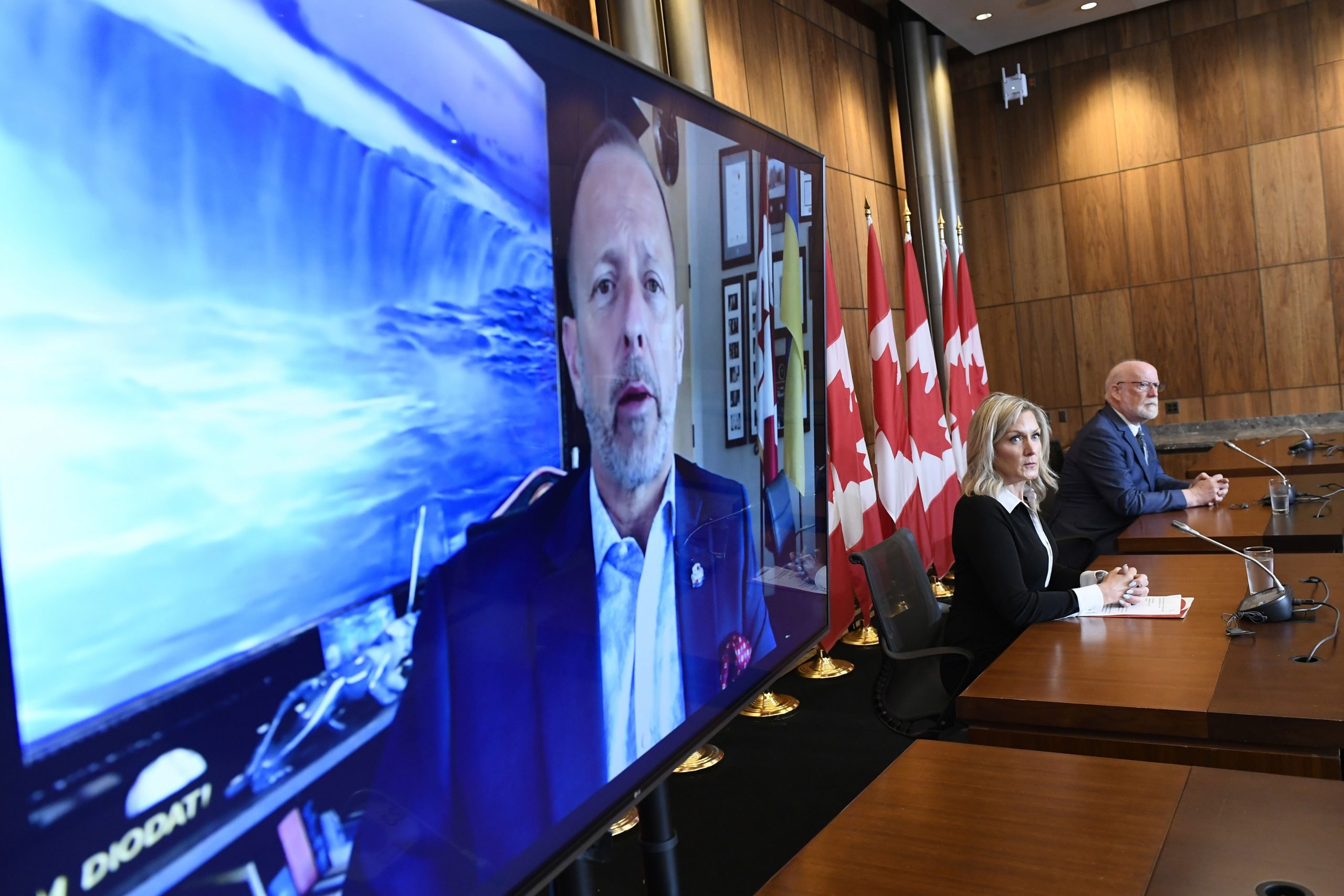 You can’t miss President Joe Biden at the top of Clifton Hill in Niagara Falls, but some Americans do.

Something about a bureaucratic ArriveCan app that requires pre-filling and vaccination status has slowed tourism.

“The tourism industry accounts for $105 billion in Canada, and 40,000 jobs are directly related to tourism here in Niagara,” Niagara Mayor Jim Diodati, of Ottawa, said Wednesday as he and other mayors of border towns for the Parliament Hill went to Prime Minister Justin Trudeau to try and make some sense of it.

Along with Rep. Richard Cannings of South Okanagan-West Kootenay and Barbara Barrett, executive director of the Frontier Duty Free Association, the mayors called on the “federal government to abolish the ArriveCan app and end land border vaccination requirements.”

With summer approaching, they want these removed immediately.

“I learned it a long time ago (and) I’ve been in politics a long time: if you’re riding a dead horse, dismount,” Sarnia Mayor Mike Bradley was quoted as saying in a Canadian Press report. “The federal government has to do that.”

A drive around Niagara Falls and you can see just how much damage has been caused by more than two years of pandemic shutdowns. There are more vacancies than usual, including some of Clifton Hill’s staples – from popular bars to the Guinness World Records Museum, which has been permanently closed during the pandemic.

Louis Tussaud’s Wax Museum is still a great stop, but it doesn’t get nearly the kind of crowds it usually has, because visitors to the city now largely come from the Golden Horseshoe and have done this attraction before. Niagara and other border cities count on American visitors to cross the border for either an afternoon or an extended vacation.

“Our border businesses are not allowed to recover,” Barrett said. “We are still having 50% fewer sales than before the pandemic and this ties directly to the ArriveCan app and land border vaccination requirements.”

Diodati rightly pointed out that these small towns and communities played along, but the gig is over.

“We supported federal government restrictions for years because it was the right thing to do,” Diodati said. “Science is now telling us that these border restrictions no longer serve us. The restrictions are no longer helping us.”

Instead of traveling to Africa and Spain for a gathering of world leaders next week, Justin Trudeau, who recently contracted COVID-19, would be better off staying home and visiting Niagara Falls, Fort Erie, Sault Ste. Marie, Gananoque, Prescott or Crossroads in Quebec, New Brunswick or the Prairies or British Columbia on a booming comeback summer.

He can do that just by avoiding them. Let them open their great cities!

But if he has to go, throw off any dystopian mandates that no one else does before boarding the plane. If he wants to see Biden or Drake or Bill Gates or the Clintons, Donald Trump or William and Kate, their wax replicas are all on display at Tussauds Museum just waiting for American tourists to be allowed to come to Canada to see them.

Border mayors say it’s time to let them in.