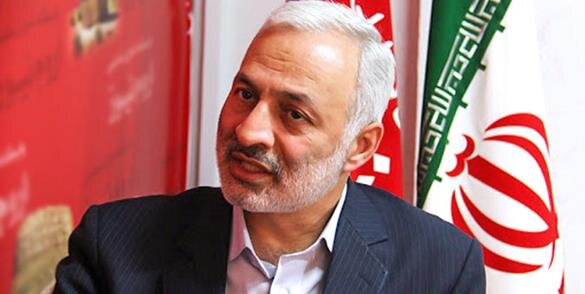 TEHERAN – The chairman of the parliamentary committee on national security and foreign policy says the United States and Europe need the 2015 nuclear deal, officially called the JCPOA, more than Iran.

“Americans and Europeans need the JCPOA more than we do,” said Vahid Jalalzadeh, the Mehr news agency reported on Monday.

The senior MP added: “The Islamic Republic, having overcome Trump’s ‘maximum pressure’ to destroy the Iranian economy, has been able to meet many of its needs based on its domestic capabilities.”

Jalalzadeh said Iran managed to break the backbone of the sanctions. He also said that the price of this commodity has risen sharply due to the oil embargo on Iran.

“The sanctions structure is broken and oil is getting more expensive,” he noted.

He said that one of the new American President Joe Biden’s interests in reverting to the deal is the failure of the â€œmaximum pressureâ€ policy on the Islamic Republic.

The Americans sent messages that Iran should return to JCPOA talks as soon as possible, he said, but the Biden administration‘s excessive emphasis on bringing Iran back to the negotiating table is an inappropriate emphasis.

The MP said the Biden administration had sought three months to return to talks to revive the JCPOA, but now with the change of government in Iran, Washington is putting great pressure on Iran to return to the Vienna talks

â€œAt the beginning of its inception, the Biden government asked for three months to conduct extensive studies into its return to the JCPOA. The same government is pressuring the newly formed Iranian government to announce the timing of the talks as soon as possible. They should give the Iranian government the right to develop its own new platform for new negotiations, â€stressed Jalalzadeh.

Iran has announced that it will start negotiations on November 29th with the aim of lifting â€œillegal and inhumane sanctionsâ€ against the Iranian nation.

Officials in Tehran have insisted that a US return to the JCPOA must be fully vetted.

The MP said the review would be a serious issue in the upcoming negotiations.

Parliament will also monitor the actions of the Ebrahim Raisi government in negotiating the implementation of the Parliament’s Strategic Law on Lifting Sanctions and exercise its oversight at all stages of the negotiations, he added.

The chairman of the parliamentary committee also says that the 1,500 sanctions against Iran that are on the US list at the Vienna talks are part of the “minefield” created by former US President Donald Trump.

Iran has insisted that it will only negotiate through the JCPOA and has rejected requests from the West to talk about Iran’s missile defense program or its regional influence.

Urmia’s representative in parliament also said that a position by Republicans that they would not allow the JCPOA to be implemented if they win a majority in Congress is not a new position.

“The Islamic Republic, with its experience of such American positions, stresses the need for scrutiny and reassurance from Europeans, and the Europeans and the Biden government must consider the concerns of the Islamic Republic.”

The MP went on to say that the Islamic Republic made the review one of its serious conditions for continuing JCPOA-related negotiations, but Europe and the Biden government are against that condition.

The Republicans’ latest stance revealed the reason for Iran’s insistence on a review, he said.

Jalalzadeh added, “Under the order of the Supreme Leader, Iran has set conditions for the return of the United States in the JCPOA, including the lifting of sanctions.”

Verification is a fundamental and serious condition for Iran, he said.

The MP underlined that the review means that if the United States returns to the JCPOA, Iran can sell its oil and the money from the oil sales can be transferred to Iranian banks so that “we can benefit from this revenue.”

He added, “An agreement that has no economic benefits for Iran is useless.”