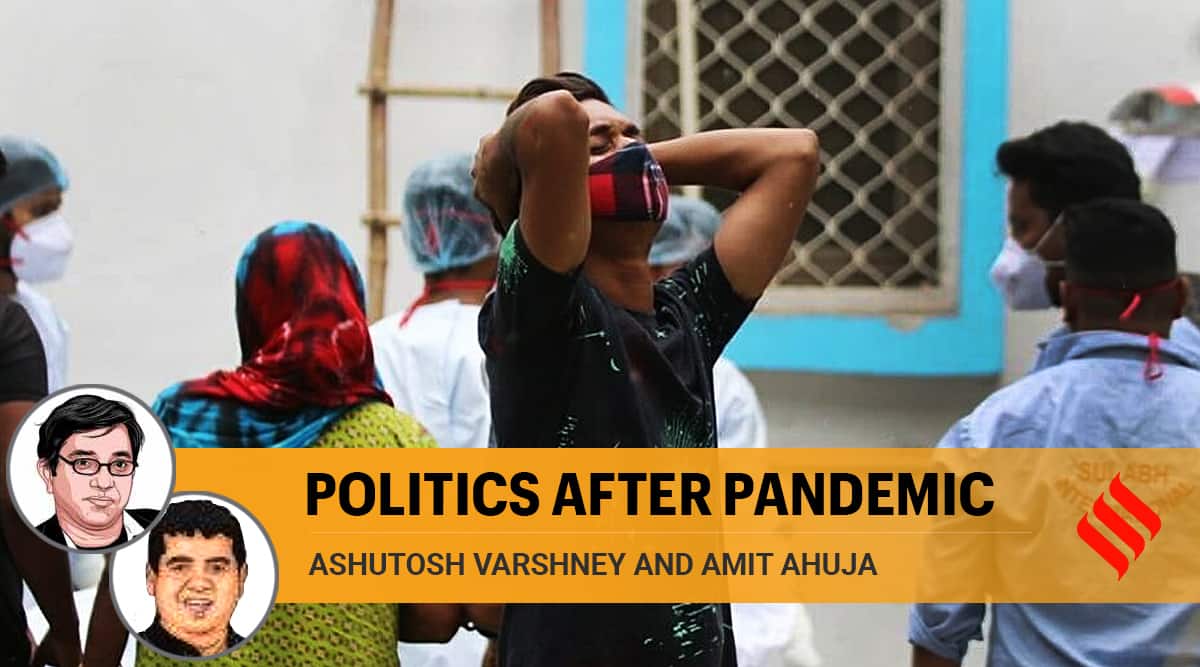 Will voters blame the BJP government for suffering during the pandemic?


Will the catastrophic misery caused by the second wave of Covid hurt the BJP’s electoral power? This is an important political question for India, but governments and observers around the world are also curious. If America was the capital of Covid-19 in 2020, India became one in 2021. The pandemic has undoubtedly contributed to Donald Trump’s electoral defeat. Will it hurt Narendra Modi too?

One big difference, of course, is that the US elections took place within months of the Covid-19 outbreak. Modi has three years until the next national elections. There is no doubt that Modi’s reputation is tarnished, but we also know that democratic politics allow opportunities for narrative changes. Today’s narrative cannot last.

One just has to remember that after the BJP’s three defeats in the state elections in December 2018, following the Pulwama attack in February 2019, a new political issue emerged. The CSDS-Lokniti data shows that national security became a major determinant of Modi’s victory in May 2019. The political narrative was changed, and a massive election victory ensued. The BJP would definitely have won, but the Pulwama-Balakot episodes made victory so much more likely.

India’s current preoccupation with Covid is understandable. The nation has not seen anything like it since the Bengal famine of 1943, before independence. But a lot can happen in the next three years. Any analysis of the impact of Covid on the 2024 elections will be way too speculative.

But one can legitimately focus on something that is coming soon. The state elections in Uttar Pradesh (UP) are due until March 2022. In the years 1998-2014 the UP had lost its usual national importance, because the rulers in Delhi were not critically dependent on the UP. But since 2014, UP has become the bedrock of Modi’s national power. Although originally from Gujarat, Modi chose Varanasi as his chosen fortress. Of the UP’s 80 Lok Sabha seats, the BJP won 71 in 2014 and 62 in 2019. And in the 2017 state elections, the BJP reversed a long trend and swept aside all major parties with an unprecedented victory. Without the UP, Modi simply would not have had a parliamentary majority in 2014 and 2019. UP is central to its political fortune.

Will Covid affect the UP election result? Perhaps no other state has suffered so much. The misery included the horror of large numbers of corpses in the ganga. In northern India, the ashes are usually scattered in the Ganges after the crematorium. Even a thoroughly non-religious Nehru wrote that after his death his ashes would be scattered at the confluence of the Ganga and Yamuna in Allahabad.

But corpses are a whole different matter. Corpses are generally not thrown into the river or buried in the river sand. Without coercion, few would treat their deceased spouse, children, and parents so shamefully. The emotional toll of such actions can be enormous. Suryakant Tripathi Nirala, the great Hindi poet, described how he saw thousands of bodies floating in the Ganges in 1918 when the Spanish flu hit India. At that time the colonial government was not obliged to seek the mandate of the masses. But the BJP in UP must return to voters in 2022.

So here is the key question: How is suffering interpreted by the masses? Who is blamed for this? The answer to that question will largely determine what happens at UP over the next year.

Analysts have long noted that human suffering is particularly vulnerable to religious considerations. The “extraordinary survival” of religions over the centuries, writes Benedict Anderson, “testifies to their … response to the overwhelming burden of human suffering – disease, mutilation, grief, old age and death. Why Was I Born Blind? Why is my best friend paralyzed? Why is my daughter disabled? The religions tried to explain. The great weakness of all evolutionary / progressive thinking … is that such questions are answered with impatient silence. “

The invocation of fate is also a roughly similar idea. Vidhi ka Vidhan, simply translated as fate, is a popular saying. And in the words of the poet Sahir Ludhianvi: “aadmi ko chaahiye waqt se dar kar rahe, kaun jaane kis ghadi waqt ka badle mizaaj“(Man should be afraid of fate. Who knows when fate will change his benevolent look?). Such mass beliefs have a long basis.

Will the masses in UP attribute their grief and misery to fate, fate, the will of God? Or will they blame the government for it? Without a proper survey, it’s hard to be sure how grief is interpreted. In all likelihood, there will be multiple interpretations. Some may not blame the government, others will. One reason for this is simply the multitude of meanings usually assigned to different types of ailments.

When my parents die after the doctors do their best to save them, it is not the same as when my parents die because something as basic as oxygen was unavailable or hospital beds were incomprehensibly scarce. Why couldn’t the government, with all its resources, provide oxygen or build makeshift hospitals? Similarly, the agony of cremating a child is very different from the torture of not getting enough firewood to cremate and of being forced to float their body in the Ganges.

Even religiously rooted people do not consider all types of grief to be equal. Some are more easily linked to fate, others are inflicted by the powerful – through their politics or through their mere absence in times of need. Whether or not a democratic government can bring joy and happiness, one of its primary functions is to prevent or alleviate mass suffering. In a time of deep collective agony and pain, the virtual disappearance of a democratic government – or its appearance just to punish citizens, journalists and health professionals in their work – borders on brutal incomprehensibility.

It is the final meaning that the BJP should be afraid of. In standard non-religious discourse, it is simply referred to as government failure. Not vidhi ka vidhan, but sarkar ka vidhan. Not fate, but omission and committal acts by the government. If a significant portion of UP voters believe so, can the BJP rulers in Delhi and Lucknow change that narrative? We currently have no answer to either of these questions.

This column appeared for the first time in the print edition on June 24, 2021 under the title “Politics after the pandemic”. Varshney is the Sol Goldman Professor of International Studies and Social Sciences at Brown University. Ahuja is an Associate Professor of Political Science at the University of California, Santa Barbara

Cuba: between US indifference and EU disapproval