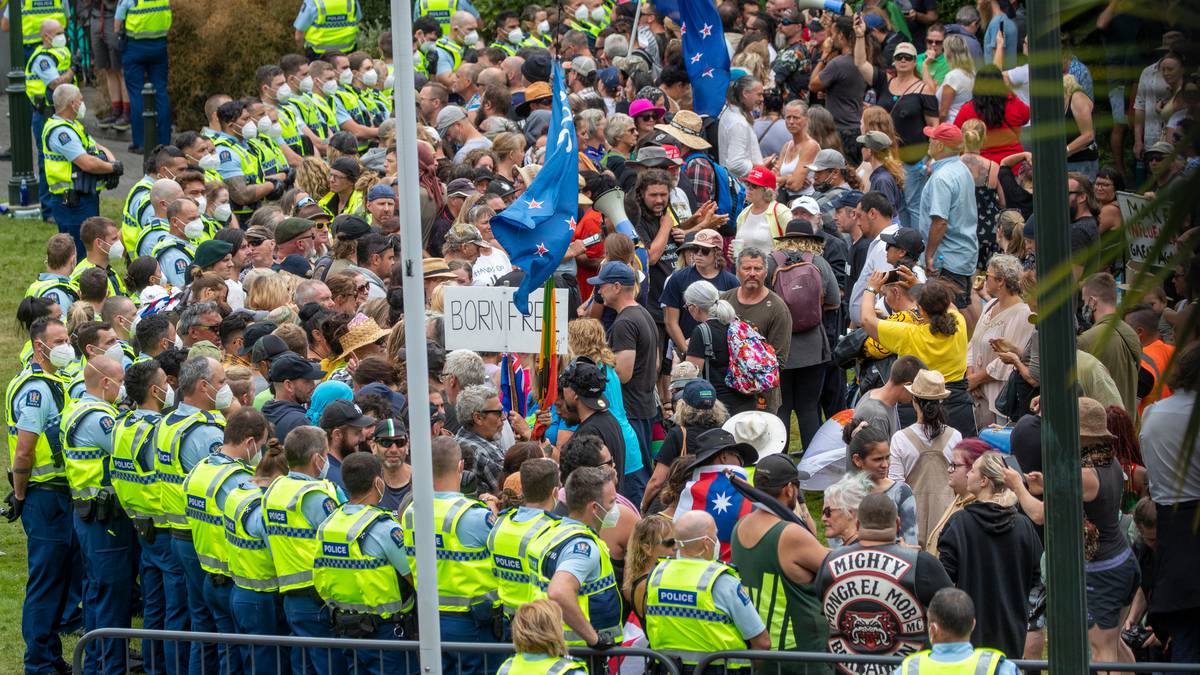 World reacts to ‘copycat’ anti-mandate protest on grounds of Parliament

As anti-Mandate protesters settle into Parliament grounds for another night, foreign media have dubbed it a “copycat convoy”.

New Zealand was included in a Washington Post article about protests inspired by Canada’s “Freedom Convoy”.

“Protesters camped outside New Zealand’s Parliament on Wednesday to oppose coronavirus measures, a day after a convoy of vehicles blared the streets of the capital Wellington,” the article reads.

Protests in Alaska, Canberra, Europe and New York were also mentioned in the article.

“Dramatic moment police drag naked woman by her hair while protesting Jacinda Ardern’s strict vaccination policy,” reads the headline of an article in the Daily Mail.

The article called the scenes at the protest “ugly.” Earlier in the week, the same publication described the protest in New Zealand as a “copycat convoy”.

Means park rangers in Wellington are kept on a leash for the safety of an unsuspecting public. https://t.co/9oqoDGGHKN pic.twitter.com/URMvrDOuoO

Other media including news.com.au and the New York Times described the protest as a “copycat”.

Meanwhile, a Twitter user claims controversial American podcaster Joe Rogan has reached out to Chantelle Baker, a prominent voice in the anti-mandate group.

Good on Chantelle Baker (sorry if misspelling): currently with the #convoy2022NZ and report about it: @Joerogan has contacted her and asked her to start filming the police action in Wellington and the Anti-Mandates movement in New Zealand now and she will be on his show. 1/2

“‘We stand with Ottawa’: Confused messages and fraying consensus at New Zealand’s anti-vax protest,” read a headline from a Guardian article.

The article pointed to the extensive and sometimes confusing demands made by the protesters.

An article published by the same organization on Thursday said: “Wellington unleashes parking attendants on duty to remove Covid protesters”.

On Wednesday, a copy of the Australian Associated Press noted that the protest turned “ugly” when some protesters rushed towards police and three people were arrested.

The ongoing “Convoy 2022 NZ” protest turned ugly on Wednesday, four days after many left far-flung parts of New Zealand to protest in the capital.